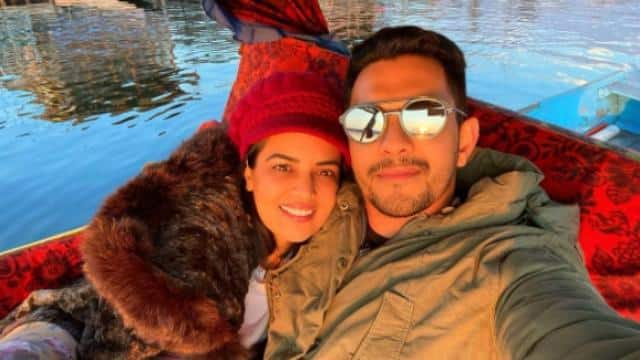 Famous singer Aditya Narayan is having a honeymoon period in Srinagar with wife Shweta Aggarwal these days. He has shared a photo of himself with wife Shweta on social media account, which is being very well liked. In the picture, the couple’s stunning bonding is seen.

Aditya Narayan, sharing the picture on Instagram account, wrote in the caption, “Sunset, relaxed, Shweta and Shikara have not beautiful views?” In the photo, Aditya and Shweta are seen enjoying a boat ride in Dal Lake. Fans are commenting on Kapil’s cute bonding. Earlier, in an interview, Aditya Narayan said about his honeymoon plan and said that due to pressure of work, he is planning three small trips.

He had said that it is necessary for me to come to Mumbai every week from shooting work. In such a situation, we have made three small trip plans. However, he did not rule out going to Maldives. Aditya had said on the Maldives question, “He is there.” I get three to four free holidays to Maldives every year. I am their unofficial brand ambassador. ”

Aditya and Shweta were married earlier this month. After dating for almost a decade, the two decided to make each other their soul mate. The two met during the shooting of ‘Shapit’ movie.

Let us know that both are preparing to shift to their new home in Mumbai. Aditya Narayan said recently about marrying Shweta, ‘We are lucky to be with each other and have been moving forward together for the past several years. We have bought ourselves a new house in Andheri. This is just leaving two-three buildings from our old house. We are about to shift to this house in three to 4 months.

How to get the child aadhar card and which documents are required, know details