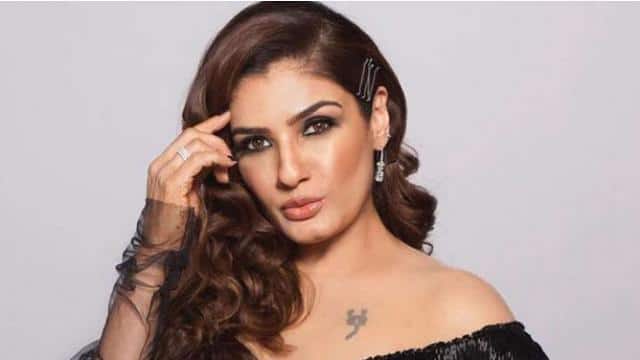 It has been three decades since Raveena Tandon entered the film industry. Recalling her film journey, Raveena said, ‘It has been a long and wonderful journey. It has taught me a lot. I remember that when I started, I was very young at the time. It was not easy, but I too did not give up and continued to work hard, to make myself an honorable place. I have learned a lot over the years. Every day comes with a new learning.

Raveena further said, ‘I have no regrets for anything in my life nor have I ever done this. I too would have a dream unfulfilled, but I have no qualms about any work I have done. I think something happens in everyone’s luck. I love my life Nothing could be better with me. I don’t want to change anything in my life. Being a human, I have also made mistakes. I learned from them. I am thankful to God that he gave me everything I want. ‘

Raveena Tandon said in an interview a few days ago, ‘I had no godfather, I was not part of any camp and no hero used to promote me. I did not sleep with any hero nor did I have any affair with any hero. I did not follow the instructions of any hero that I laugh when they want, when I ask to sit, I should sit. The gang of heroes, their girlfriends and journalists used to plot together. Hero used to get heroines replaced for his girlfriends and journalists used to write wrong things about me.

Talking about Raveena’s upcoming projects, she will be seen in ‘KGF: Chapter 2’ alongside Kannada superstars Yash, Srinidhi and Sanjay Dutt. The film will be released on October 23.