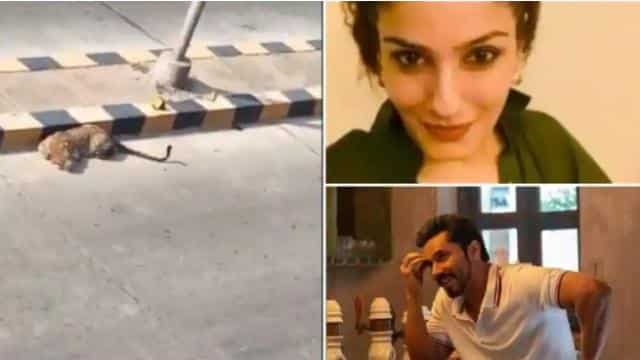 Actress Raveena Tandon loves animals. Videos related to them continue to be shared on social media. Many even take part in the campaign and appeal to the fans to continue to love life. Recently, Raveena Tandon shared a video on her Twitter, which was related to Leopard. He said that the leopard has been seen on the streets of Mumbai. And on social media, because this video was going viral, they also shared it on their page.

In Sion, mumbai. – via wassap. @ParveenKaswan can you verify this and what was the outcome? Any news, anyone has of this leopard? pic.twitter.com/kockpS1F5S

Reacting to Randeep’s tweet, Raveena wrote that hmm, WhatsApp University says that this video is from Zion Mumbai. So I wrote it to verify it. I hope this is known and taken care of soon.

Let us tell you that Randeep Hooda has also come forward many times for the benefit of the well-to-do and continues to support the campaigns associated with them.

Recently, Raveena shared some of her pictures on Instagram, in which she was seen on the beach with her husband. Raveena looked quite bold in the photos. He wrote in the caption that he is missing the sun bath, sand and waves on the beach. She also told that she is waiting for the lockdown to end. Raveena was seen wearing a bikini in the photo. Along with this, he was wearing sun glasses. This photo of him was very much liked.

Corona told what is the importance of health insurance, plan ahead