Ranveer Singh and Deepika Padukone turned out to celebrate the new year, see the style of the couple in videos and photos 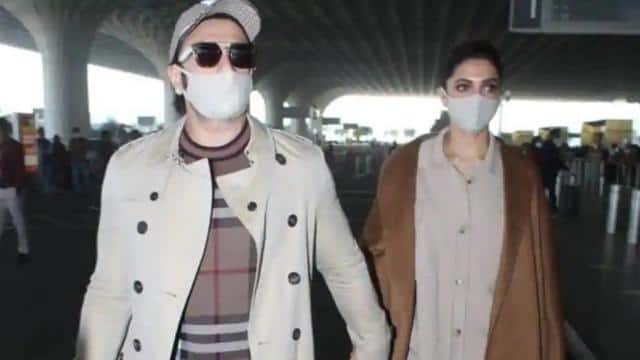 From the common man to the celebrations for the new year, there are exemptates because the year 2020 was not good for anyone due to Corona. Meanwhile, Ranveer Singh and Deepika Padukone have left to celebrate New Year. However, where they will celebrate the new year is not known.

Ranveer and Deepika were spotted at Mumbai airport on Tuesday morning. During this, both of them held each other’s hands at the airport and appeared in stylish outfits. Ranveer Singh appeared in sweatshirt and matching pants. He was wearing an overcoat as well as a mask on his face. At the same time, Deepika Padukone looked beautiful in brown trenchcourt.

Ranveer and Deepika have completed their commitments before going on vacation. While Ranveer has started shooting for the film Circus, Deepika has finished shooting for Shakun Batra’s film. It is also being told that Deepika has also shot the first schedule of Shah Rukh Khan’s film Pathan.

Let’s say that Deepika and Ranveer will be seen together in the film 83. It is a sports-drama film, whose story is based on the victory of the Indian cricket team in the year 1983. Apart from Ranveer Deepika, the film stars Pankaj Tripathi, Tahir Raj Bhasin, Hardy Sandhu, Saqib Saleem in pivotal roles. The film is directed by Kabir Khan.

14.2 kg LPG Cylinder found for just Rs 200 in this special offer, know how to take advantage