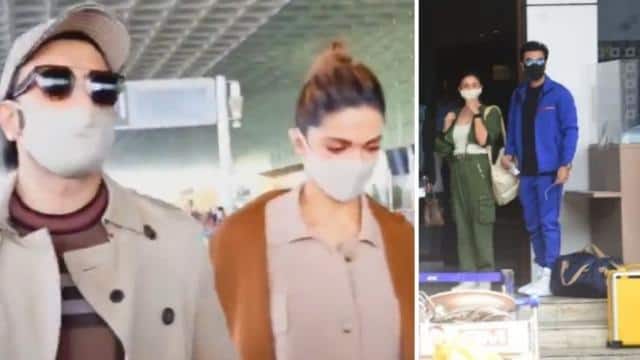 Ever since actor Ranbir Kapoor talked about marriage with Alia Bhatt, the fans have been waiting for their wedding ever since. Alia is often seen spending quality time with Ranbir Kapoor. Apart from this, Ranbir Kapoor’s mother Neetu Kapoor and sister Riddhima Kapoor are also spotted with Alia. Not only Alia, Ranbir also shares a good bond with the family of the actress. Recently, Alia Bhatt, Kapoor family i.e. Ranbir Kapoor, Neetu Kapoor, Riddhima Kapoor were spotted at Mumbai Airport. Apart from this, Alia was also seen with her sister Shaheen Bhatt and mother Soni Razdan.

Also, Ranveer Singh and Deepika Padukone were also spotted at Mumbai airport on Tuesday morning. According to the news, both of them left for the New Year 2021 holiday. Now everyone has been spotted at Jaipur Airport. After watching many videos on social media, fans are asking whether Alia and Ranbir have reached Jaipur to get married? Ranveer and Deepika have not come to be a part of their wedding?

Ranbir-Alia, Ranveer-Deepika, share a very good bond together. In many parties and events, everyone has been seen spending time together. Ranbir Kapoor and Deepika Padukone have dated each other before. Now both are very good friends. On video, fans are questioning Alia-Ranbir’s wedding by commenting one after the other.

One user wrote, “Is Alia Ranbir married? In Jaipur?”. Another user writes that Ranbir Kapoor and Alia Bhatt are finally getting married.

A few days ago Ranbir Kapoor broke the silence on the question of marriage to Alia Bhatt. They said that if the coronavirus had not been pandemic, we would have been married.

Petrol Diesel Price Today: Know how quickly the prices of petrol and diesel have gone in your city