Ranjith caught in love of mango, Dharmendra said- I will snatch and eat from you, watch funny video 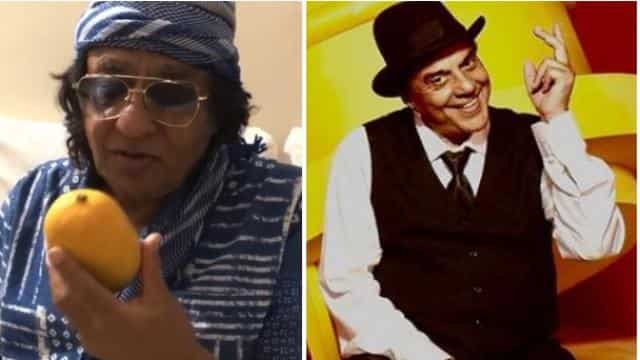 Bollywood’s dangerous villain Ranjith loves mangoes a lot. This is revealed by a video shared by him recently. This video of Ranjith is viral on social media. In the video, he is seen praising Mango in his hand. Many Bollywood celebs have given their reaction to this video, but the commentary written by veteran actor Dharmendra is quite funny.

This video has been shared by Ranjith on Instagram account. In the video, he is speaking with mango in his hand and you are very beautiful, very lovely. Your weight is very good. I do not want to bite you but eat what to do. In the caption of this video, Dharmendra wrote, “Keep praising you like this, I will eat him by snatching mangoes from you.” Lots of love pill to you. Be safe Ranjith has written in the caption of this video, Beauty Beauty Beauty.

When Alia Bhatt told Ranbir Kapoor – I LOVE YOU, the video going viral

He is following daughter’s steps. During this, the bonding of father and daughter is clearly visible. His daughter suddenly laughs while dancing and hugs her father. This video was very much liked.