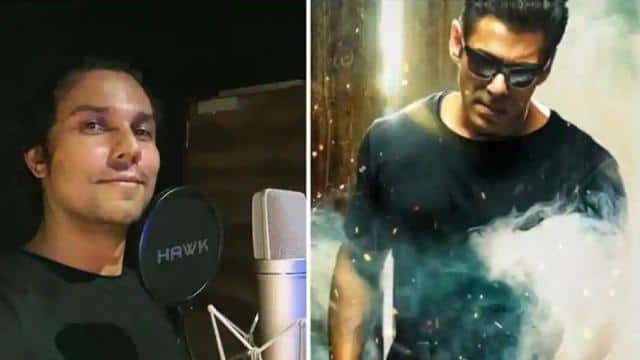 Bollywood actor Randeep Hooda has returned from the hospital after undergoing surgery. Along with this, they have also started work. It is known that last month Randeep Hooda was admitted to Kandy Hospital in Mumbai. It is reported that the old fracture wound had emerged in his leg, due to which he had to be hospitalized and then underwent surgery. Randeep’s father was also with him during this time.

After recovering, Randeep Hooda has started dubbing for the film Radhe: Your Most Wanted. He gave this information on social media. Randeep has shared a photo of himself on Instagram, in which he is seen with Mike. He wrote in the caption, feeling good by returning to work. Along with this he wrote Radhe with the hashtag.

Let me tell you that Salman Khan is playing the lead role in this film, while Randeep will be seen in a negative role. The film was scheduled to be released on Eid this year, but due to the lockdown in the country due to Corona, the shooting of the film stopped. For this reason, the release of the film was postponed.

Recently, a source told Mumbai Mirror that the remaining 10-12 days of the film will be shot at Mehboob Studios in Mumbai. It also includes a song, which will be shot on Salman Khan and Disha Patni. Apart from Salman, Randeep and Disha, Jackie Shroff is also a part of this film.

Petrol and Diesel price fall, know how much the price has become in your city