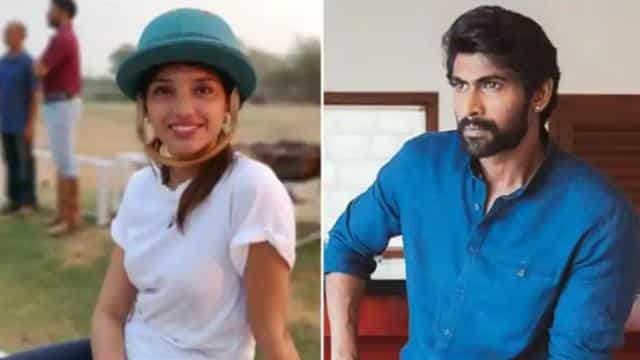 Producer D Suresh Babu has given a statement regarding the marriage of sons Rana Daggubati and Mihika Bajaj. They say that this year the two will get married. During the lockdown, the family has started preparations for the wedding.

Speaking to the Times of India, Suresh Babu said that after this time has passed, we have a chance to celebrate. The whole family is happy. Both children had known each other for a long time. And now we are all happy for them. Both will get married this year. Things are set to happen in the month of December. But do you know even before things happen. Will give further information when things are final. One thing is for sure that both the children have given us work in lockdown. The family is busy with wedding planning.

And she said Yes 🙂 ❤️ pic.twitter.com/iu1GZxhTeN

Let us tell you that South Superstar Rana Daggubati has given surprise to all the fans by engagement with girlfriend Mihika Bajaj. Sharing her old photo with Mihika on social media, Rana wrote, ‘And she said yes’. As soon as Rana shared this news on social media, many fans including Bollywood celebs started congratulating him.

Divyanka Tripathi could not stop tears while talking on X-Sharad Malhotra, old video is going viral

‘PK’ actor Sai Gundevar dies at the age of 42, suffering from brain cancer

Please tell that Rana Daggubati is also active in South Cinema as well as Hindi cinema. Rana was seen in the year 2011 in ‘Dum Maro Dum’. In this film, he was seen opposite Bipasha Basu. Apart from this, he has also appeared in films like ‘Housefull 4’, ‘The Ghazi Attack’, ‘Baby’ and ‘Yeh Jawani Hai Deewani’. After this, he has not signed any other Hindi film yet.

Talking about Rana’s upcoming film, he is now ‘Hathi Mere Saathi’. The release of the film will be delayed due to Corona virus.