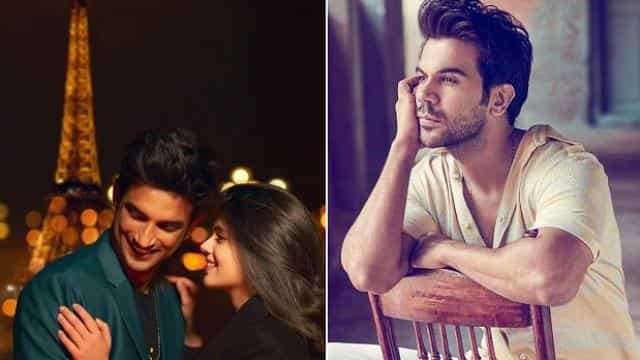 On Thursday afternoon, it was announced that Sushant’s last film ‘Dil Bechara’ will be released on July 24 OTT platform Disney Plus Hotstar. Soon after, Rajkumar shared the film’s poster on his Instagram account.

Meanwhile, people on social media appeared quite unhappy with the decision to release the film on OTT and demanded that the film be released in theaters for a short time.

Uday Shankar, president of Walt Disney Company APAC and chairman of Star and Disney India, said, ‘We are happy that we are able to play a small role in bringing you the legacy of actors like Sushant Singh Rajput. In honor of his excellent life and excellent work, we will release ‘Dil Bechara’ on Disney-Hotstar this July and it will be available to all customers as well, who are not Hotstar customers. We pray for his family and loved ones. ‘

Sushant Singh Rajput’s father told, Kriti Sanon had come to the funeral and said this

Sanjay wrote on social media, ‘Sushant still had so much left. You taught me a lot in no time and gave me memories. I will be forever grateful to you for that. Our favorite novel – The Fault in Our Stars. I refreshed my web pages 100 times and hoped that I was reading some kind of terrible joke. I have not been able to express my feelings. I cannot speak anything here, but I am trying. ‘