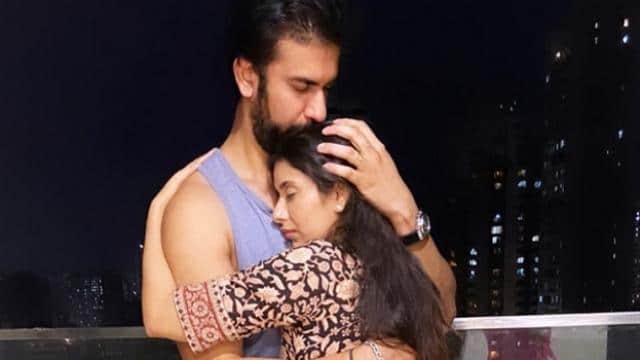 All is well now between Sushmita Sen’s brother Rajiv Sen and wife Charu Asopa. A few months after the marriage, there was a rift between the two. Even in many interviews, both of them confessed themselves that there are problems in their marriage. But now all the problems of their relationship are over. Actually, Rajiv, who was living in Delhi for the last few days, has now come back to his wife Charu.

Both are now spending quality time together. Meanwhile, Charu has shared a video with Rajiv in which Rajiv kisses him. This video of both is going viral on social media.

At the same time, Rajiv has shared a photo with Charu, in which both are seen holding each other’s hands.

Fans are also very happy with the meeting of both of them and are advising both of them to live with such love.

Let me tell you that a few days ago when Charu was asked about the rift with Rajiv, he said, I do not know if we are both together or not. All I can say at this time is that Rajiv is in Delhi and I am here in Mumbai. I know as much about the relationship between the two of you as you know. I do not know what will happen in the future. God guide me I have now left everything to them. I think troubles come into everyone’s lives. We all have to face ups and downs. We are celebrities, so a lot is written about us.