Railways opens treasury for more than 11 lakh employees, will get so much bonus before Diwali 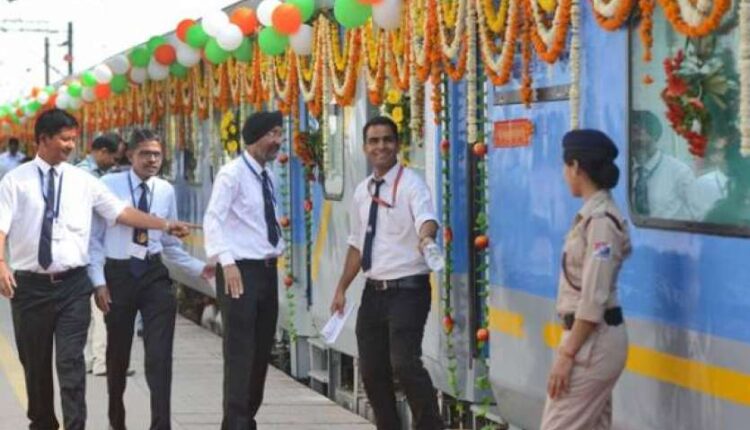 new Delhi. The manner in which the Railways and its employees have played their role in the current Kovid year is greatly appreciated. In such a situation, the treasury has been completely opened for its employees by the railway ministry. This year, the Railways will give bonuses for more than 11 lakh non-gazetted employees on 78 days. Due to which the railway will come under pressure of more than 2000 crores. Let us tell you that the DA was cut by the Railway Ministry, due to which it seemed that the employees of the railway did not get the bonus. Because of which the movement on behalf of employees had also started.

Also read: Contestant, who complains of Salaman Khan from Bigg Boss 14, gets the highest amount

Bonus declared to more than 11 lakh employees
The Ministry of Railways has announced a bonus of 78 days to the non-gazetted employees. The benefit of which will be given to 11.58 lakh employees. Under the bonus, the employees will be given a salary of 78 days. Which is also known as Productivity Linked Bonus in the language of Railway Ministry. The total amount of which is estimated to be Rs 2081.68 crores. In such a situation, you can expect how the railway employees will benefit.

Performed
Every year railway employees are given bonuses on the occasion of Dussehra. At the same time, in the event of non-receipt of bonus, the railway employees had warned to block the ***** of the rail across the country, which was also demonstrated on Tuesday. After which, in the cabinet meeting, on behalf of PM Narendra Modi decided to give bonus to all the central employees. Apart from this, the proposal of the Ministry of Railways had accepted that 78 days bonus was given to all non-gazetted employees except RPF, RPSF.

SBI e-Mudra: It will be easy for small businessmen to start trading, loans up to 1 lakh