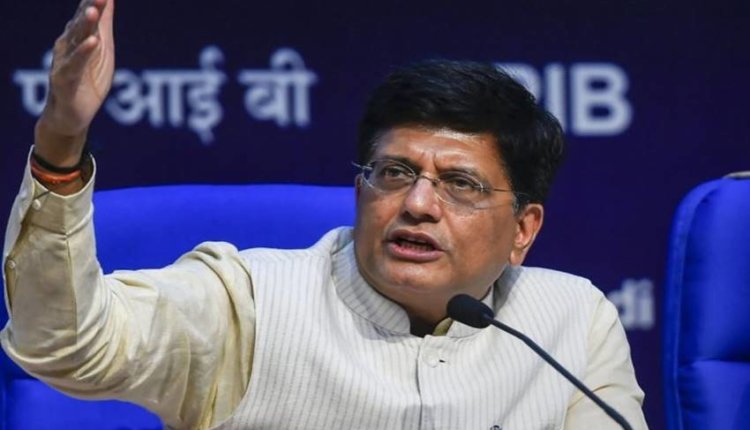 Union Railway Minister Piyush Goyal said on Saturday that the railway is ready to run special trains from any district of the country. He has asked the district collectors to prepare a list of migrant workers trapped in their areas due to Corona virus lockdown. Goyal said that the district collectors will have to build rapport with the nodal officers of the state as well as the nodal officers selected by the Railways.

The Railway Minister said, “To provide relief to the migrant workers, Indian Railways is ready to run special trains from any district of the country. District collectors will have to make a list of stranded workers and their destinations and apply through the state nodal officer. ” He wrote, “In addition, the district collectors will have to give the list of workers and destinations to the state nodal officers of the railways.” Goyal has been appealing to the state governments for the past few days to approve trains carrying migrants to their homes. This appeal has been made especially to states like Jharkhand, Rajasthan and West Bengal.

Please tell that Indian Railways operated 1,074 laborers special trains from May 1 till now. Due to the lockdown, more than 1.4 million migrant workers stranded in different parts of the country have been transported to their home state. The railway gave this information on Saturday. On Friday, the railway said it had received more than 1,000 clearances from the states in the last 15 days to transport migrants.

Most of the workers reached Uttar Pradesh from these trains. Bihar was followed by this. Railway Minister Piyush Goyal praised the active participation of Uttar Pradesh and Bihar in the operation of trains for the transportation of migrants, saying that 80 percent of the labor trains have gone to these two states. Railways said that in the last three days, more than 2 lakh persons were taken to the destination per day. The number of people traveling daily is expected to reach 3 lakh in the coming days. Till date, a maximum of 387 trains have reached Uttar Pradesh out of trains reaching their destinations.

To know more news related to Coronavirus / COVID-19 and Lockdown, click on these links: Why is the tax on alcohol important for the states? Know, what is its economics and who earned from UP to Tamil Nadu. 500 crore daily income from liquor, Kejriwal government imposed 70 percent ‘special corona fee’. After the lockdown, the guidelines prepared for the journey in metro and buses, know what rules have to be followed. In India, the number of corona patients is beyond 40 thousand, if you want to avoid the virus, then tie these 5 things. Ayurveda recourse in battle with Corona, approval for trial of Ayurvedic medicine.