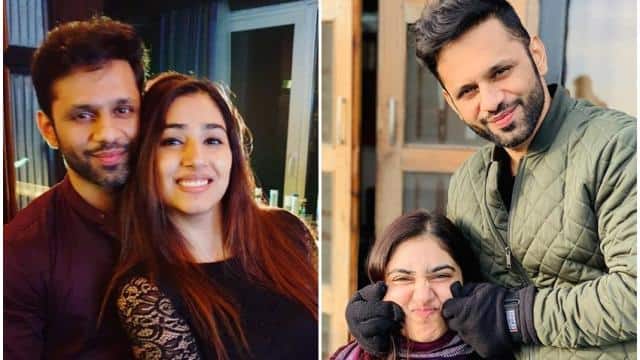 ‘Bigg Boss-14’ Contestant Rahul Vaidya proposed his girlfriend and actress Disha Parmar on the show. Now in a recent interview, Rahul’s mother has reacted to her son’s proposal. Rahul’s mother said that she did not know that there was anything more than friendship between Rahul and Disha.

In a conversation with Pinkvilla, Rahul’s mother said, ‘I was very shocked myself. Suddenly he proposed. Actually, Disha came to our house last year during Ganpati festival. She came with Rahul’s other friends. She is beautiful and i like it. Rahul never told me that there is more than friendship between them. I kept thinking that she comes in like other friends of Rahul. But I think she must have felt in a relationship after moving to Bigg Boss house. Only then will he (Rahul) propose.

Kiara Advani asked what will be the bio of Siddharth Malhotra’s Tinder account? Read the funny answer of the actress

Will she accept this relationship? In response to the question, Rahul’s mother said, ‘I am OK with the relationship. But I have to talk after Rahul comes back. I like the direction. ‘ He further added, ‘I think Rahul deserves a win as he has progressed in the show without any support. Apart from Rahul I think Ejaz Khan. But I have not yet understood his personality but he plays the task well.

Talking about the son’s game plan on the show, Rahul’s mother said, ‘I am very happy to see him in the Bigg Boss house. He is playing very well. I feel good that he shows in his maturity task. The best thing is that they have not compromised their principles for the show. ‘ Rahul’s mother feels that her son is doing the best he can without any support in the show.