Rahul Mahajan’s cook turns out to be Corona positive, with wife Natalya quarantined for 14 days 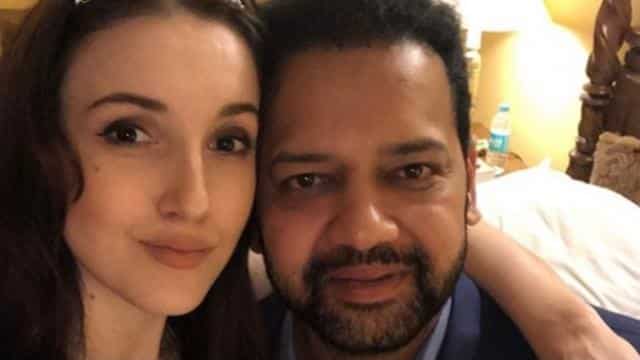 Rahul told the Times of India that Natalya and I were nervous in the beginning. When we came to know about Cook’s Corona positive, he admitted him to the hospital. Now we are waiting for him to get well soon and come back home. We were nervous because neither of us should come to Corona positive. However, in a few days I have felt that do not let fear get inside you nor let it dominate you. Do not be afraid until your report comes to you and you get the corona examined.

A year ago, Rahul gave up the habit of smoking and drinking, which he is quite happy about. Talking about this, Rahul said that it was very difficult for me to do this. But, I did it. After experiencing problems like hypertension and diabetes, I wanted to focus on my health. I started doing workouts. This made my immunity better.

Talking about Quarantine Life, Rahul said that at this time we cannot even go out to get household goods. That is why we are asking for food from outside. I have learned in the meantime how a person has to work in peace and humility. Also, necessary security will have to be done. I want to tell people that we are all in this together. Struggling with it together and will come out. I want to thank all the workers who are protecting us.

Learn how to apply for Shishu Mudra Loan Scheme