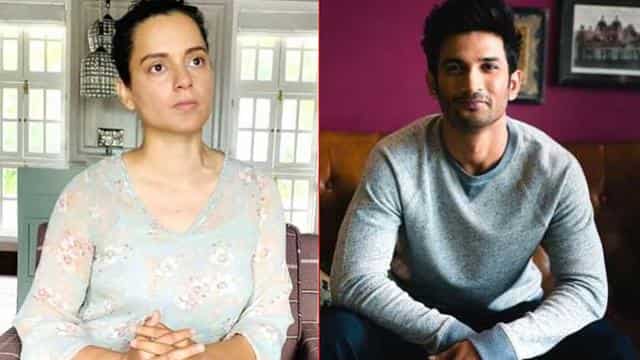 Discussions about nepotism in Bollywood have intensified after the suicide of Sushant Singh Rajput. While on the one hand, Sushant is in Bollywood shock from suicide, while Karan Johar and Khan family are being targeted on social media regarding nepotism. Condoling the demise of Sushant recently, Bollywood actress Kangana Ranaut shared a video on social media stating the nepotism prevalent in Bollywood was the reason behind Sushant’s suicide. In the video, Kangana calls Sushant’s suicide a murder. However, some reports have described this video of Kangana as a publicity stunt and PR agenda. Now the reaction of Kangana’s team on this new matter has come to light. Kangana’s team issued a note criticizing those reports.

Taking a dig at those reports on Kangana’s team, Twitter wrote that if Kangana had focused on increasing followers, she would have created her own account. Kangana decided not to be on social media. She is without doubt the most successful actress of Bollywood, who has strong fan following. Many less successful people also have strong followers. So stop calling it a PR agenda. However, Kangana’s team does not have a blue mark on this Twitter account.

If Ms Ranaut’s focus was on achieving followers, all she had to do was to make an account for herself, she chooses not to be on social media, she is arguably the most successful actress & can enjoy huge following … (Continued)

Let me tell you that Kangana has spoken openly in the Sushant Suicide Case in one of her statements. Kangana says that if she is talked to in the investigation of the police, then she is also ready to make the revelations. Kangana said that many people had formed a gang against her in the industry. She knows this thing very well and this was seen by everyone. If questioned, I am willing to talk openly because there is a lot of evidence in the media about this. Everyone knows who those people were who ganged up against them.

#KanganaRanaut exposes the propaganda by industry arnd #SushantSinghRajput‘s tragic death & how the narrative is spun to hide how their actions pushed #Sushant to the edge.Why it’s imp to give talent their due & when celebs struggle with personal issues media to practice restraint pic.twitter.com/PI70xJgUVL

5 diary of Sushant Singh Rajput handed over to Mumbai Police, now close interrogation will be intensified

Sushant Singh Suicide: Karan Johar, who is constantly being trolled for nepotism, took a big step