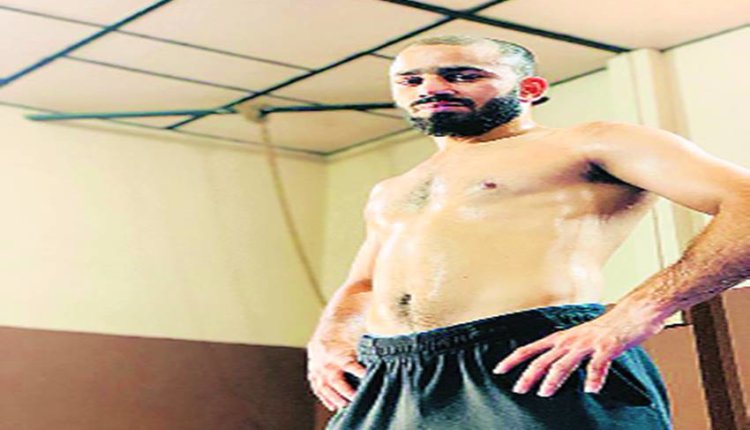 Nobody knew that we would be faced with such a disaster that would stop as if not only India and the whole world. Sports tournaments around the world have been canceled or postponed due to the Corona virus. The Olympics have also been pushed forward for a year. It is a great opportunity for all players to cement their preparation with a challenge. We are confident that soon these dark clouds will clear and there will be a new dawn. The above things were said by world number one boxer Amit Panghal in his weight class.

Amit, a resident of Mayna in Rohtak district of Haryana, is currently returning home from the camp due to full ban. He has continued his practice even after not having enough facilities. They point out that there is little difference between camp and home practice. During camp we get a partner with whom we practice. This facility is not available at home. Right now I am working on increasing my strength more than technical aspects. I am practicing a bit of punching with a senior boxer from the village. Although their weight classes are different, the focus is on general exercise.

There will be plenty of time for preparation
Describing a year of postponement of the Tokyo Olympics as a great opportunity, Amit says that the cancellation or extension of a tournament does not matter much for the players. He is always ready to play. I am also ready. Whenever the Olympics take place, I have to give my best in it. Due to the complete ban, we have increased opportunities for preparation. If the camp is not happening now, then I am focusing on my fitness, when it will be operational again, I will also work on technical aspects.

Sports Minister Kiran Rijiju has said that he will soon start the practice on the field for the players who have qualified for the Olympics. To this, Amit said that while talking to the top players, he has said that the players will be taken to their respective camps as soon as the full ban ends or something is relaxed. They are eagerly waiting for this and they hope to start the camp from May 17 onwards.

No matter who wins in front of us
Nine boxers from India have won tickets for the Olympics. Panghal said that there are some qualifiers left and I think two-three boxers will qualify more now. Expressing confidence in Kavinder Singh Bisht in the 57kg category, he said that if he qualifies, he can win a medal for India. He said that apart from this, the players who have qualified are no less than the boxers of other countries in any case. Today India’s position in boxing is very strong and every player of ours has defeated the players of the country called Shaktipunj country in some or the other competition. I believe we are very close to creating history.

Amit was asked which boxers from which country would get the main challenge in the Olympics, he said that there is no doubt that boxers of countries like Cuba, America and Uzbekistan are quite rivals but Indians are also no less this time. Our fourth and third boxers here also give a tough challenge to the first number boxer, then what will be the number one and the level of the Olympics will be reached, you can understand. We have to stand in front of any boxer, our goal will be a medal and we will achieve it.