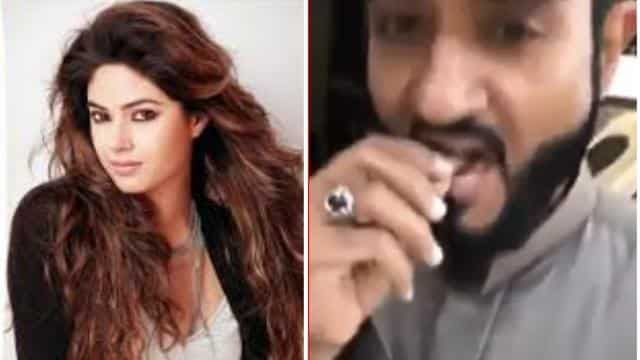 The locusts that have caused panic in many states of the country these days remain the second biggest concern after the corona virus in lockdown. On seeing green fields, the grasshopper had caused great havoc in Pakistan. The current attack started from Pakistan last month and now this locust team came to Rajasthan and spread to other western states. They have been attacked in 6 states of the country. However, the government has issued instructions to prevent its outbreak. Between them, a video is going viral on social media, in which a locust is seen eating grasshoppers with great fervor. Seeing this viral video, Desi Girl Priyanka Chopra’s cousin actress Meera Chopra has expressed her anger while getting angry on the person.

Meera Chopra shared the person’s video on her Twitter account and wrote in the caption, “This forward video has been found. Is this video correct Are people really eating grasshoppers? Have they not learned any lessons from the corona virus yet? Is surprising ”

Got this forward. Is this video actually genuine? People are really eating #locusts. Havent they learnt their lesson with the ongoing #coronavirus !!! #shocking pic.twitter.com/QBhFdYU2pN

The video shows a man first taking out a bag of locusts from his car. Then a living grasshopper is taken out of it and then he breaks the grasshopper’s leg, he feels alive. After this, the video shows that many people are buying bags full of locusts. The video is becoming very viral on social media.

Ada Sharma said this when shooting of films started between lockdowns

Let me tell you that Meera has appeared in 1920 London and Section 375 films of Bollywood. She is very active on social media.