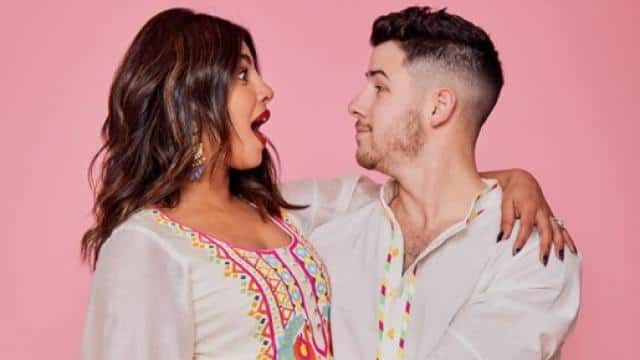 Priyanka Chopra and Nick Jonas recently celebrated Karva Chauth together. Nick shared the photo with Priyanka and congratulated the fans on Karva Chauth. Now recently, Priyanka talked about marriage in an interview. Priyanka says that for a long time I did not know whether I was ready for marriage or not?

Priyanka further said, ‘After 2 years of marriage, he is comfortable now. Let me tell you that Priyanka and Nick had a lot of quality time together in the lockdown.

Let us know that during an interview recently, Priyanka was asked what new knowledge she had about Nick during the lockdown. On this, the actress said, “Even after spending so many days together, I like them (laughs).” It was a lot of fun together. We have not spent so much time together till today. Due to Kovid we were able to spend time together. We shifted to our new house.

Talking about professional life, Priyanka Chopra is also working in Hollywood films besides Bollywood. She went to Germany a few days ago to shoot the Hollywood film Matrix 4. She recently came back to the US and shared her photo with husband Nick Jonas.

Preity Zinta celebrates the longest Karva Chauth till date, shares this special message by sharing a photo with her husband

Apart from this, Priyanka will be seen in Netflix film The White Tiger. In this, she will be seen in the role of Rajkumar’s wife. Adarsh ​​Gaurav will also be seen playing an important role in this film. Recently the trailer of this film was released, which was very well received. The film is directed by Ramin Bahrani and will be released in January 2021.

Indian investors bat after the loss of Trump, profit of more than 5.50 lakh crore rupees