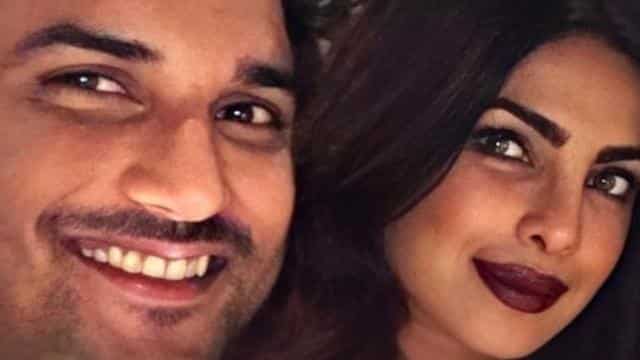 Sushant Singh Rajput committed suicide by hanging himself in his apartment in Bandra on Sunday (14 June). The cause of Sushant’s suicide has not been revealed yet, but sources in Mumbai Police say that some medicines were found from his flat, which suggests that he was undergoing treatment for depression for the past few months.

Bollywood celebs have also suffered a major setback with Sushant’s demise. No one can believe that Sushant has committed suicide. Priyanka Chopra has written a message for Sushant after remembering him.

Priyanka shared a photo with Sushant and wrote, ‘I am surprised, how much pain you must have been. I hope you will be at peace wherever you are. I can never forget our conversation about astrophysics at sunrise ‘.

Last call was made to this actor

The news is coming that Sushant had made the last call to his friend and actor Mahesh Shetty. Mahesh Shetty and Sushant have both worked together in the TV show Pavitra Rishta. According to a report by Peeping Moon, Sushant called Mahesh at 1.51 am. Sushant went to sleep when Mahesh did not pick up the phone.

Mahesh told that when he woke up in the morning, he called Sushant at 8.30 am. But Sushant did not pick up the phone. Mahesh thought Sushant would call later. But after this, Mahesh got the news of Sushant’s suicide.

According to reports, the police told Mahesha that Sushant had called them at 9.30 am, but his number did not call.