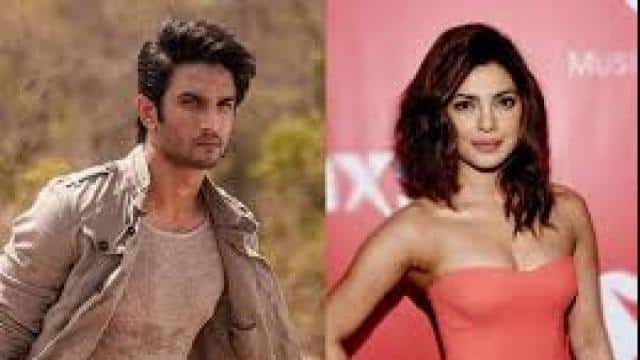 The trailer of Sushant Singh Rajput’s last film ‘Dil Bechara’ has been released. Sanjana Sanghi is the lead actress in this film. The rest of the Bollywood actors have also been reacting to promote the film. Also remembering the film’s trailer praising him. Desi girl Priyanka Chopra’s name has also been included in this list. Priyanka has shared the trailer of Sushant’s film on her social media.

Priyanka Chopra also remembered Sushant Singh Rajput while sharing the trailer of the film. Priyanka wrote in the caption, “” #SushantSinghRajput one last look … #DilBechara Celebration of love, friendship and life “. Let me tell you that this film will stream on OTT platform Disney Plus Hotstar on July 24. Priyanka’s On this post, fans of Sushant are praising him by speaking thanks to the actress.

Raveena Tandon opened the secret of the industry, said – here you will first let you down, then you will be out of films

According to the news, Sushant’s Dil Poor trailer has become the most liked trailer in the world on YouTube. The ‘Dil Bechara’ trailer also overtook the Hollywood blockbusters Avengers Infinity War and Endgame. The trailer has received over 4.5 million likes on YouTube so far. At the same time, 260,833 people have commented. Let me tell you, the trailer has only been released for 18 hours. Therefore, it has become the most liked trailer worldwide. Talking of Bollywood, Shah Rukh Khan’s Zero 2 million, Tiger Shroff’s Baaghi 3 1.8 million, Akshay Kumar’s film Good News trailer 1.4 million, and Salman Khan’s film India trailer 1.2 million likes and 94 thousand comments Had met

Salman Khan has a studio booked for the remaining shoot of ‘Radhey’!

Was his Wikipedia page updated before Sushant Singh Rajput’s death? Know the truth