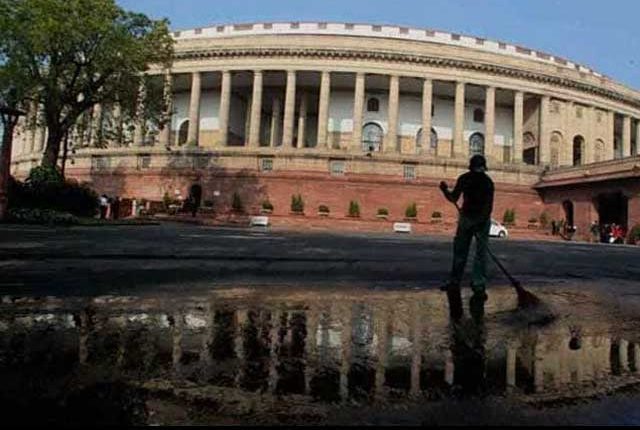 Let us tell you that while presenting the Union Budget in February this year, Finance Minister Nirmala Sitharaman had announced to bring a bill for the privatization of two public sector banks. The government is aiming to raise 1.75 lakh crore through disinvestment in the current financial year, under which the government is preparing the way for investment of two public sector banks.

Now since there is a need to amend the banking laws for the privatization of banks, the government is bringing this bill. In this bill, there is a provision to amend the Banking Companies (Acquisition and Transfer of Undertakings) Acts, 1970 and 1980, while some changes are to be made in the Banking Regulation Act, 1949 as well.

read this also : PM Modi finally answered the questions arising on the privatization of Air India

Apart from this, an important bill related to pension is also going to be introduced in this winter session. To amend the Pension Fund Regulatory and Development Authority (PFRDA) Act, the government is bringing the Pension Fund Regulatory and Development Authority (Amendment) Bill, 2021. Its purpose is to separate the National Pension System from the PFRDA, the organization that looks after the work of the Government Pension Department.

In Budget-2020, the central government had announced the implementation of universal pension coverage, with this bill the government also wants to achieve this goal. Sources have said that with the amendment in the PFRDA Act, the power, implementation and liability of NPS trust will come under any charitable trust or companies act. NPS Trust currently comes under PFRDA Regulations 2015.

read this also : Monetization Policy – Government wants to earn two lakh crores from railways, but what does it say Ground Report

Video: Ishaaron Ishaaron Mein – What is the opinion of experts on the National Monetization Pipeline?