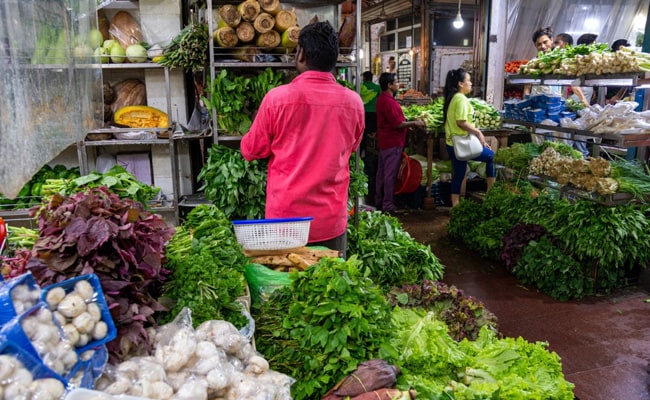 Rajendra Sharma, a wholesale vegetable and fruit trader of Delhi’s biggest Azadpur Mandi, said that there has been a marginal increase in the prices of wholesale and retail vegetables and fruits. “Wholesale prices of onions are now in the range of Rs 23-25 ​​per kg, while the price is usually Rs 16-20 this season,” he said. Similarly, pomegranate, which comes from Maharashtra, costs around Rs 70-90 per kg which is usually sold for around Rs 60-80 at this time.’

Increased prices due to increase in transportation cost

The trader attributed the increase in prices to the increase in transportation cost. Sharma said that now that the diesel rates have gone up to around Rs 90 per liter in Delhi, the transporters have revised their fees. Haji Yameen, a wholesale trader at Okhla Mandi, confirmed the increase in prices of key vegetables like onions, tomatoes and potatoes.
Yameen said, “Onions and tomatoes mainly come to Delhi from Maharashtra while potatoes come from Shimla and Uttar Pradesh. Since the prices of diesel have increased significantly, it has also increased the transportation cost. Another factor that is contributing to this increase is the relatively longer distances traveled by truck drivers due to farmers’ protests on the borders of Delhi.

He said that the wholesale price of onion in Okhla mandi is Rs 25-27 per kg while tomato is being sold at Rs 20-22 per kg. Yameen said, “Generally, the wholesale prices of onions, tomatoes and potatoes ranged between Rs 15-18 per kg, Rs 12-16 per kg and Rs 8-10 per kg respectively. Normally, if the wholesale rate of a vegetable increases by Rs 5 per kg, it increases the retail price of the vegetable by Rs 10-12 per kg.
He, however, said that seasonal fruits like mangoes were not affected much by the hike in fuel prices as they are perishables and Haryana and Uttar Pradesh Like coming from short distance places.

Prices may increase further in next weeks

Subodh Mandal, a retail vegetable vendor at Greater Kailash Market in South Delhi, said, “The prices of onions, tomatoes, potatoes have started rising slightly. This is because of the hike in fuel prices.

Consumers are also complaining about the increase in the prices of vegetables. Deepak Rastogi, a resident of Lajpat Nagar said, “Today (Wednesday) I bought onion at Rs 52 per kg and tomato at Rs 42 per kg. These are increased rates because about a fortnight back I had bought these vegetables at Rs 45 per kg and Rs 35 per kg respectively. He said that though the hike is not much, but if fuel prices continue to rise like this, vegetables may become costlier in the coming weeks.

Amidst the outbreak of Kovid-19, the government earned 4.51 lakh crore tax revenue on petroleum products: RTI