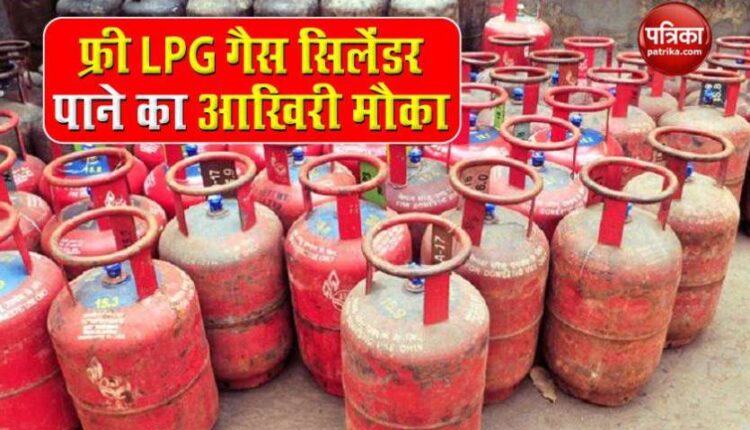 Free Cylinder is given to women from poor families of the country under the Pradhan Mantri Ujjwala Scheme. The central government started the scheme on 1 May 2016. You have the last chance to get a free cylinder under the Prime Minister Ujjwala scheme. The Modi government launched the Pradhan Mantri Ujjwala scheme to provide free gas cylinders to the poor rural women of the country. This is the last opportunity to get a free cylinder under the Ujjwala scheme (PMUY). The central government implemented the scheme for three years in 2016. The scheme will be phased out in the year 2020.

Also read: – How to get your PAN card made for free, this is a 10-minute process Last chance to apply
The government had launched the Pradhan Mantri Ujjwala Yojana for three years. In such a situation, you cannot apply under this scheme after September. If you also want to apply for free cylinder under this scheme, then apply early. This scheme started for the poor women by the Modi government was started for three years only, which was to end in April 2020. The government has extended it to September-2020 due to the Corona crisis and lockdown. Thus, this is your last chance to apply for Ujjwala scheme. 7.4 crore women to benefit by September
Registration is to be done to take advantage of the Prime Minister Ujjwala scheme. The government introduced this scheme for BPL families. The government has estimated a subsidy expenditure of Rs 13,500 crore to provide free cylinders to 7.4 crore women by September. To take advantage of this scheme, any woman of BPL family, who is more than 18 years of age, can apply for this scheme. You can apply by visiting pmujjwalayojana.com or fill the form by visiting your nearest LPG center. Name of the woman applying in the form, Jan Dhan bank account number, Aadhaar number will have to be given.

How to get your PAN card made for free, this is a 10-minute process

Amitabh Bachchan could not come out to meet fans on 78th birthday, apologized