Pradhan Mantri Garib Kalyan Anna Yojana will now provide free ration till November, 5 kg wheat will be given per member 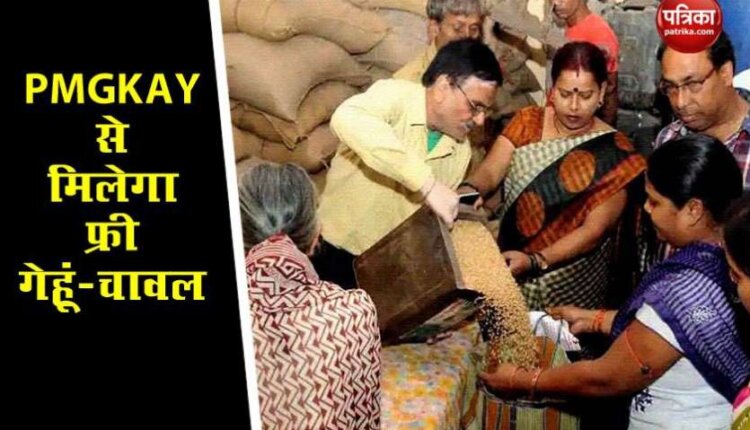 new Delhi. Many schemes are being run by the government to give free ration to the needy. After the lockdown, it was linked to Pradhan Mantri Garib Kalyan Yojana. Now by November, poor families will be able to get free ration. Under this scheme, 5 kg of wheat and rice will be given per member of the family. Apart from this, gram and other grains will also be given.

Pradhan Mantri Garib Kalyan Anna Yojana first
Was started for three months. Under this, free ration was announced till April, May and June. But during the lockdown, its duration was extended to July. But now under the new announcement, the poor can get the benefit of this scheme till November. Under the Garib Kalyan Anna Yojana, 5 kg of wheat or rice is given free to every member of the family. Also one kilo of gram dal is also given. So far, 93% in April, 91% in May and 71% in June have been provided to the beneficiaries. For this, the states have so far taken 116 lakh metric tonnes of food grains from the central government.

The government will spend 90 thousand crores more in the expansion of the scheme. This is expected to benefit about 81 crore people in the country. Under this scheme, all ration card holders will be given 2 times the ration for 3 months against the current ration by the central government. One can contact the ration center to avail this scheme. Apart from this, you can also apply online.

Apart from everyday things, you can also invest in an IPO from UPI, know what the whole process is