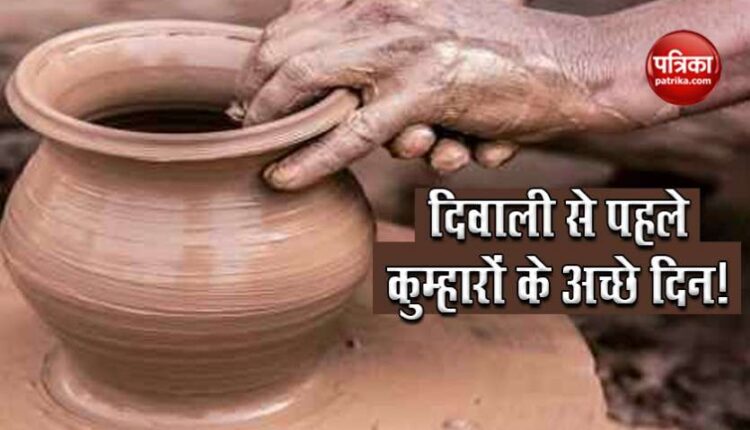 new Delhi. The traditional source of income of potter-making potters was dying over time. Most people started using plastic or fiber things instead of Earthen Pots. In such a situation, the Central Government started the Kumhar Sashaktikaran Yojana, to give new life to the potters again. In which the potters were told how to make goods in an efficient manner and to increase income. In this episode, the government has now made another important announcement. Under which the government has joined hands with the Indian Railways. With this, the products of potters will be used in railway stations. This will make them profitable.

Under the government’s new decision, only clay pots will be used to sell food and beverages at 400 railway stations in the country. For this, the product will be purchased from the potters present in different parts of the country. This will boost their business. Not only this, electronic chalk will also be distributed to potters. So that they can make more products in less time. Also put a new design in the pottery. This decision of the government has brought a smile to the potters. Because this announcement can change their life a few days before Diwali.

Under the potter empowerment scheme, Union Home Minister Amit Shah had recently distributed electrified chalks to 200 potters in Gandhinagar and Ahmedabad. Also had a conversation with the potters through video conferencing. Addressing the potters, he said that electric powered chalk would not only help the potters to increase their product. Rather they will also be able to make new fancy products. This will earn them well on the festival of Diwali. During this, he also urged each of the beneficiaries to link at least 10 other families to the potter empowerment scheme.

Products can be sold through cooperative society
Under this scheme, the potters would be able to sell their products at the railway stations through cooperative societies. This will give them good profits. Apart from this, 10 days training is also being given to all the beneficiaries. So that they can learn how to work on electronic chalk. Blunger machines and pug mills are also being distributed to the potters’ families, which will make the work of mixing soil easier and more soil can be prepared in less time.