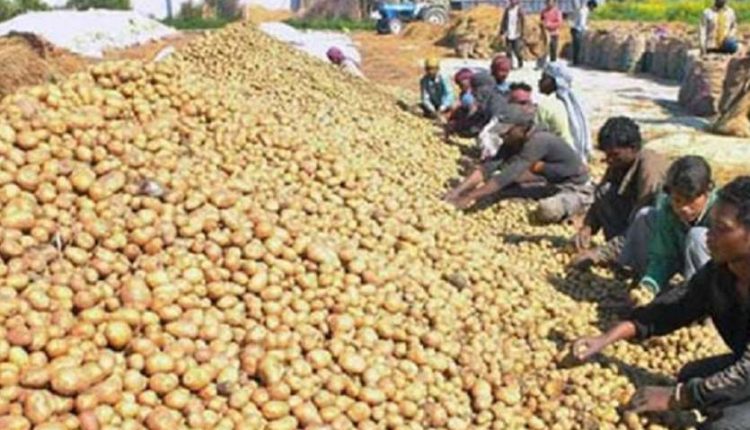 new Delhi. In the capital city, the farmers are currently speaking. There is a traffic jam on all the borders. Due to which supply of vegetables and fruits coming from other states is being hampered. Due to which the prices of fruits and vegetables have increased in Delhi. People of Delhi have to buy potatoes and apples at very high prices. Retail fruit and vegetable traders say that if the conditions remain the same, then prices are expected to rise further in the coming days. Let us also tell you how much the cost of potatoes and apples has come.

Potato and apple prices rise
In Delhi, where the retail price of apple was 80 to 100 rupees per kg, it has increased to more than 120 kg. On the other hand, the price of potato has increased from Rs 40 per kg to Rs 50 to 60 per kg. At the same time, the prices of other vegetables and fruits are increasing. Traders say that due to less supply, their prices may increase further. At present, the new potato in Delhi comes from Himachal Pradesh and Punjab while apple comes from Jammu and Kashmir and Himachal Pradesh, but due to the farmers’ agitation, the arrival of trucks has become difficult due to the dharna demonstration on the highway coming to Delhi.

Also read: Diesel became expensive by two rupees per liter in November, know how much the price increase on petrol

Also read: A businessman who was concerned about the poor and became the Messiah in Kovid

Appeal to protesters
Rajendra Sharma, businessman of Azadpur mandi and general secretary of Potato and Onion Merchant Association, appealed to the protesting farmer leaders not to disrupt the supply of fruits and vegetables. He said, “Supplies of everyday necessities like milk, fruits, vegetables are not stopped during any demonstration, but their supply is being stopped here.”

Diesel became expensive by two rupees per liter in November, know how much the price increase on petrol