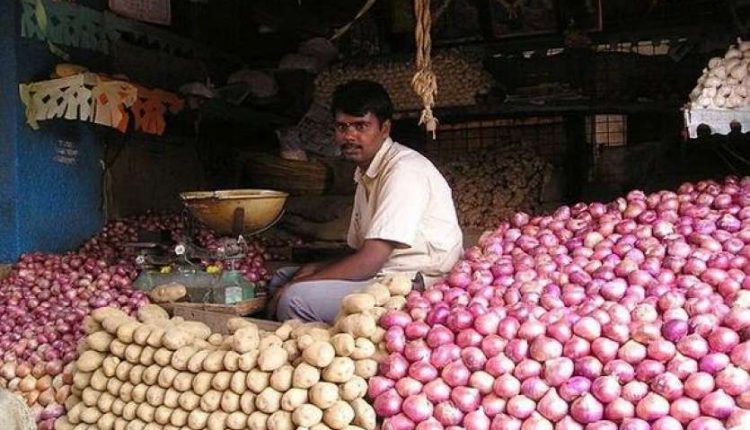 new Delhi. While the common people are losing their sweat in the winter months on one more onion, on the other hand there is a breath of relief from the potato. The reason is that onion prices are seeing a rebound again due to weak imports. Due to which the price of onion in Delhi NCR has once again come to around 70 rupees. Whereas after the arrival of new crop of potatoes in the market, prices are getting soft. Let me tell you that due to the expensive vegetables like onions and potatoes in the present time, the back of common people has been broken. Inflation is also on the sky.

Onion prices will not be reduced before December
Horticulture Producer Exporters Association president Ajit Shah said that onion has not stopped coming from abroad, but it has definitely reduced. He told that onion has also come from Turkey this week. He said that at present the arrival of onion from Rajasthan is in full swing, so domestic consumption is getting replenished, but the price will come down only when the new onion of Nashik comes in the market. He told that the stock of old onions of Nashik was at the end, so there is no scope of a huge fall in the price right now. If Shah believes, onion prices will not fall much before December.

Prices are increasing due to decrease in imports
The wholesale price of onion in Delhi’s Azadpur mandi ranged from Rs 15 to Rs 47.50 per kg on Monday, while the retail price of onion in Delhi-NCR was Rs 50 to 70 kg. At the same time, the wholesale price of potato was 20 to 36 rupees per kg. At the same time, retail potatoes are available at less than 50 rupees. Rajendra Sharma, businessman of Azadpur mandi and general secretary of Potato and Onion Merchant Association, said that onion arrivals from Rajasthan are in full swing, yet no drop in prices is being seen, and other parts of the country are still getting new onion The arrival of the crop is late in the beginning, so in the absence of import, onion prices may see a further rise.

Stock limit fixed on onion
Explain that in order to keep the price of onion under control, the central government had banned the export of onion on 14 September. After this, on 23 October, the limit for wholesale and retail traders to keep onion stock was fixed, according to which the retailer can keep a maximum stock of two tonnes and the wholesaler can hold a maximum stock of 25 tonnes. The government has imposed a stock limit on onions for the period up to December 31, 2020. Also, the import regulations have also been relaxed.