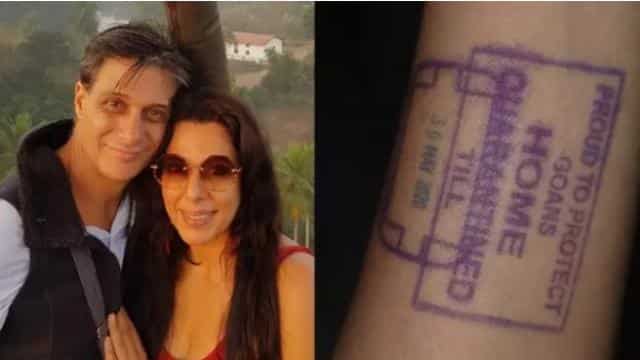 LockDine 4 has been implemented in the country. In such a situation, actress Pooja Bedi has left for Goa with her fiancé Manek Contractor. Pooja Bedi gave this information to her fans via Twitter. She went from Mumbai to Goa because her house, car and business are all in Goa. After reaching Goa, both were tested for corona and were asked to be quarantined for 14 days.

Let us tell you that Pooja Bedi lives in Mumbai with her daughter Alaaya Furniturewala and son Oman. Recently he celebrated his 50th birthday. During this, father Kabir Bedi celebrated Pooja Bedi’s birthday through a video call.

Drove back with fiancee maneck to our home in #Goa . (He’s goan. My home, car & business are all goa registered) The entire process of border control / # COVID19 testing & the condition of quarantine facility was an experience that simply CANNOT become an acceptable way of life. pic.twitter.com/wNKV6MU11v

Earlier in an interview, Pooja Bedi spoke openly about her children and personal life. Also told that his children are advising him to marry Manek. Pooja said that both of her children always wanted her to move forward in her life. Pooja said, ‘Alaya and Omar were talking to me before Manek came into my life and he said mummy now you should find someone for yourself too. I said what do they mean, look at my father. He met Laila Aunty and the two are now married. Both also have a son. He has moved forward in his life. Now you too should find a partner for yourself and move forward in life by getting married.

Please tell that Manek was Pooja’s senior in school. After both years, the school’s alumni met the WhatsApp group. After a year of relationship, Manek proposed to her for marriage.

Let us know that Pooja’s daughter Alaaa has recently made her Bollywood debut with the film ‘Jawani Jaaneman’. Alaa played the role of Saif Ali Khan’s daughter in the film. At the same time, Tabu was also seen in an important role in the film. The film was directed by Nitin Kakkar.