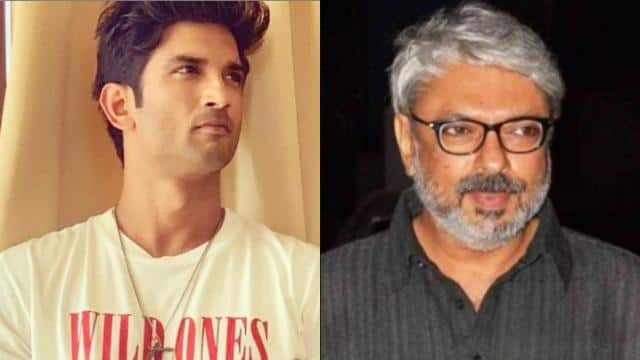 More than two weeks have passed since the death of Bollywood actor Sushant Singh Rajput. The Mumbai Police is continuously investigating the Sushant’s suicide case. Police is questioning all the people related to the professional and personal life of the actor. So far, police has recorded statements of 28 people related to the actor. Now the police are planning to interrogate film maker Sanjay Leela Bhansali soon. A summons has been sent to Bhansali to appear before the police in the next two days. It is also reported that Yash Raj Films’ casting director Shanu Sharma will also be called for questioning once again. Let us know that earlier on 28 June, Bandu police station was called for questioning Shanu Sharma.

According to the news, the reason for interrogating Sanjay Leela Bhansali is that Sushant Singh Rajput was twice offered Sanjay Leela movies ‘Goliyon Ki Rasleela Ram-Leela’ and ‘Bajirao Mastani’, but later Sushant was given films was fired. He had since gone into depression.

According to the source, summons have also been sent to interrogate Sanjay Leela Bhansali and casting director Shanu Sharma as well as actress Kangana Ranaut and filmmaker Shekhar Kapoor. Because Kangana and Shekhar Suman have been constantly talking about the late actor in their social media posts and interviews. According to the news, the police will interrogate Shekhar and Kangana related to the tweet.

Vaani Kapoor will be seen opposite Akshay Kumar in ‘Bell Bottom’, the film will be released on this day

Please tell that Sushant was very close to Shekhar, he often shared his problems with Shekhar. Not only this, Shekhar had also disclosed many such things after Sushant’s death, about which the police will question him. Sushant Singh Rajput was to play a lead role in Shekhar Kapoor’s film Pani. The film was being produced by Yash Raj but due to creative difference the film was hanging in the balance. Shekhar’s statement was also revealed about this time.