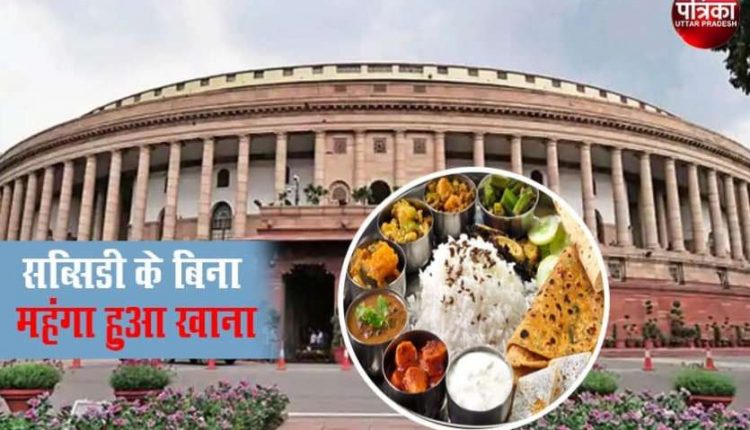 new Delhi. The world has reached the 21st century today. During this time the country has gone through many changes. But in spite of all this, there was no change in the rate of food available in the canteen of the Indian Parliament. The MPs and visitors used to eat a lot of food at cheap rates. After much opposition from the people, finally the government decided to change it. Lok Sabha Speaker Om Birla announced the abolition of subsidy on food in Parliament canteen on 19 January. After which the food found here became expensive. Now for a vegetarian thali which is available for the first 35 rupees, you have to spend 100 rupees. These changes can be seen in the new rate list released by the canteen.

It is said that Northern Railway had the responsibility of operating the parliamentary canteen for the last 52 years. Now it has been handed over to the India Tourism Development Corporation ie ITDC. The five-star hotel chef will cook in it. According to the rate list of food items available in the canteen issued by the Lok Sabha Secretariat, now buffet lunch will be available for non-vegetarian Rs. 700. Whereas for vegetarian buffet lunch you have to pay 500 rupees. Apart from this, you have to spend 100 rupees for a normal vegetarian plate. Earlier it was priced at just 35 rupees. In which salad was 9 rupees and chapati for 2 rupees. Similarly, wedge biryani will be found in 50. While chicken biryani will be available for 100 rupees, mutton biryani 150 rupees and chicken curry for 75 rupees.

Project 4,500 people eat food
According to a survey, out of the subsidy of Rs 17 crore, only 1.4 percent i.e. Rs 24 lakh is spent on MPs. Others, including visitors, security and journalists are among those who eat food at low cost. It is said that on an average, about 4,500 people eat daily in a canty during a session. Right now 48 to 58 types of dishes are made in the canteen.