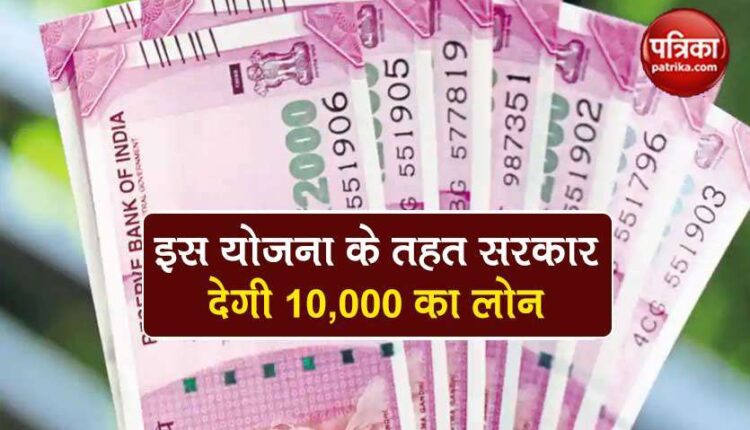 new Delhi. To overcome the difficulties of unemployed street vendors and laborers during the Corona period, the Modi government launched the PM SVANidhi Scheme. In this, there is a provision of providing unsecured loans of up to Rs 10,000 for starting new jobs. In this connection, PM Modi (PM Modi) on Tuesday held a virtual dialogue with the beneficiaries of all the municipal bodies of Uttar Pradesh. During this time, he also announced to distribute loans to about 3 lakh street vendors.

During this, PM Modi interacted with the beneficiaries of the Swanidhi scheme. He also expressed his happiness over the success of the scheme. He said that earlier, the jobbers had to visit the banks to get loans, the poor man could not even think of going inside the bank, but today the bank itself is coming to them. He also praised the bank personnel for this step. PM Modi says that bank workers have played a key role in making this scheme successful by working day and night.

7 lakh people registered
During the interaction, Uttar Pradesh Chief Minister Yogi Adityanath said that more than 7 lakh tracks businessmen have registered in the state so far under the PM Swanidhi scheme. So far, loans of more than 3.70 lakh people have been accepted. Soon the amount will reach their account. With which they will be able to start their employment.

50 lakh street-dwellers will get help
The central government aims to connect about 50 lakh street-dwellers with this scheme. For this, they will be given an unsecured loan up to Rs 10,000. The term of this loan is one year. In case of timely repayment of loan, subsidy of 7% is also given annually. Apart from this, they will also get a cashback of Rs 1200 annually for doing digital transactions.

Do this work to take advantage of the scheme
The PM Swanidhi scheme was announced under the government’s Rs 20 lakh crore self-reliance package. 5000 crores has been allocated for this scheme. This scheme can be availed by people who haul road carts or sell goods on the track, fruits and vegetables, laundries, salons and paan shops etc. To apply in this, registration has to be done through the website or mobile app launched by the government.