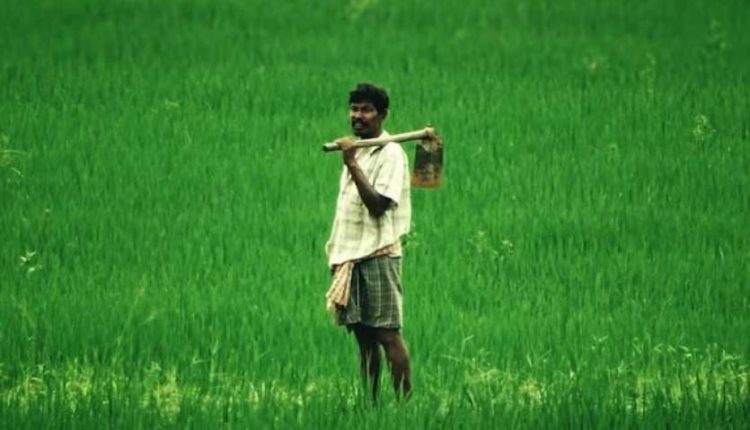 New Delhi. Modi government is now going to work in mission mode to reduce the dependence of the country on edible oil imports, under which it will spread public awareness for economical consumption of oil along with increasing production of edible oil from various sources. . According to experts, the objective of this new mission of the Modi government is not only to bring self-sufficiency in the matter of edible oil, but also to put the money of farmers on the expenses of its imports.

70 thousand crore rupees plan in farmers’ accounts
Prime Minister Narendra Modi on Saturday in the meeting of the Sixth Governing Council of NITI Aayog also mentioned that despite being an agricultural country, India imports edible oil worth about 65,000-70,000 crore rupees annually. The Prime Minister said that this money spent on imports can go to the farmers of the country. We are talking about the National Oilseeds Mission, on which there is a plan to spend about Rs 19,000 crore in the next five years. A senior official of the Union Ministry of Agriculture and Farmers Welfare said that the preparation of the mission is foolproof and will be implemented from April 1 in the coming financial year.

Imports 150 million tons of edible oil
India imports around 1.5 million tonnes of edible oil every year, while domestic production is around 7–8 million tonnes. With the growing population of the country, consumption of edible oil will also increase further. In such a situation, achieving such self-sufficiency in edible oil is a major goal. But Dr. Trilochan Mohapatra, director general of the Indian Council of Agricultural Research (ICAR), says that when a work is done in mission mode, there is a high chance of success in it.

Oilseed acreage may increase
He said that to increase the production of oilseeds in the country, along with acreage, more emphasis will be given on increasing productivity. Dr. Mahapatra told that in the eastern region of the country, there is about 110 lakh hectares of land which remains vacant after taking paddy crop, it can increase its area by growing mustard. In addition, farmers are encouraged to cultivate pulses and oilseeds instead of crops like paddy, wheat and sugarcane in northern India, including Punjab, Haryana, where there is scarcity of water.

Highest palm oil imports
Dr. Mahapatra said that like paddy and wheat, if farmers get the minimum support price (MSP) of oilseeds and high yielding seeds are available then their interest in cultivation of these crops will increase. He informed that according to the study of ICAR, there are 20 agro ecological regions in the country which are divided into 60 agro-ecological zones. Dr. Mahapatra said that varieties of seeds are prepared for cultivation of suitable crops in the particular climate of the region, which increases the yield. He said that India imports the most palm oil, but the emphasis is now on increasing palm cultivation in the country, which will help in bringing self-sufficiency.

Great potential to increase production of oilseeds
A total of 9 oilseed crops are cultivated in India every year. Their annual production has been exceeding 300 lakh tonnes for the last four years and is increasing year by year. These include oilseeds and oils which are used only in industry, but mostly are used as edible oil. Director of Mustard Research Directorate in Bharatpur, Rajasthan, under the ICAR, Dr. PK Rai said that there is great potential to increase the production of oilseeds in the country and mustard can be seen as an example. He said that the emphasis on mustard cultivation in mission mode has increased the acreage this year and due to good crop production can be between 110 to 120 lakh tonnes.

Oilseeds production may be doubled
The Agriculture Ministry official said that in the next five years, the production of oilseeds in the country could double. Apart from seasonal crops, oil is obtained from the seeds of some perennial trees in the country. Then, there are also secondary sources of oil. A senior Agriculture Ministry official said that the goal of progress has been set at every level.

Four sub-missions were made under the National Mission on Oilseeds
Increasing production of oil from primary source: Under this, there are plans to increase production of soyabean, mustard-rapeseed, groundnut, sunflower, sesame, safflower and ramtil.

Increasing the production of oil from secondary source: Under this, such a crop, which is not produced mainly for oil, but oil is obtained from it as a by-product. For example, cotton oil, linseed oil, Brian Rice oil etc.

Setting up of processing units in oilseed production area: In areas where oilseeds are produced, provision has been made to set up processing units, so that farmers can get the price of their crops.

consumer awareness : To create awareness campaign to make people aware of the advantages of economical consumption of oil.

After the lockdown, online buying and selling of vehicles increased, know how fast