PM Kisan Yojana: If you are also getting 6000 rupees as a farmer? Will have to return pie-pie 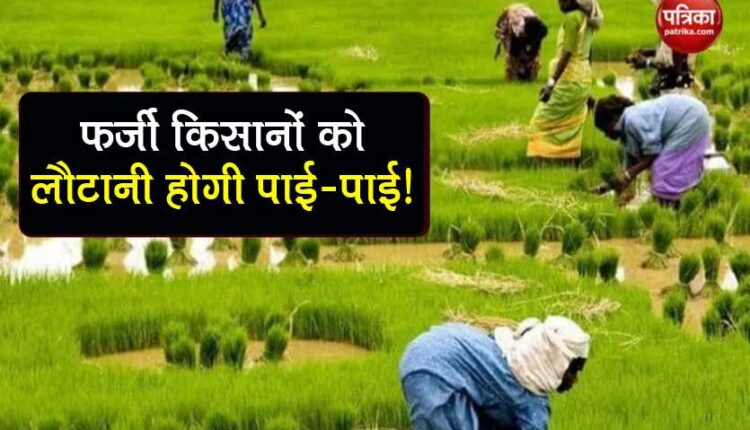 new Delhi.
PM Kisan Samman Nidhi Yojana 2020: Under the Pradhan Mantri Kisan Samman Nidhi (PM Kisan Samman Nidhi 2020) scheme, Modi government sends Rs 6000 to farmers account every year. However, some people are taking advantage of this scheme by becoming farmers. Now the government is in a mood to take strict action against such people. In fact, in Tamil Nadu, a big scam related to PM Kisan Yojana (PM Kisan Scheme Scam) has come out. In which, despite not being eligible for the scheme, they were wrongly taking money.

PM Svanidhi Yojana: Government will give loans up to 10 thousand to start small businesses, know how to apply

The government will collect the pie
The government has also become cautious when disturbances are revealed. People who had wrongly taken money have also been charged. Now if a person does not fall under the beneficiary category under the rules of this scheme, but he has taken advantage, then the government can recover the money taken from him. The government has so far recovered Rs 61 crore. In Tamil Nadu, accounts of 5.95 lakh beneficiaries have been investigated, out of which 5.38 lakh were fake.

Instructions to officers
According to the media report, action will also be taken against the officers and employees who acted negligently. Officials of the Ministry of Agriculture say that a standard operating system will be prepared to prevent further such cases. Work has started for this.

Which scheme of Post Office is getting more interest? Know Latest Interest Rates

Who gets benefits (Eligibility for PM Kisan Samman Yojana)
To avail the Pradhan Mantri Kisan Samman Nidhi Yojana, you must have a farm land in the name of the farmer. If a farmer is doing farming, but the farming land is not in his name then he will not be eligible for the scheme. Apart from this, if one owns agricultural land, but is a serving or retired government employee or former or current MP / MLA / Minister, professional bodies have a registered doctor, engineer, lawyer, chartered accountant or even They may have family members, not all of them can become beneficiaries of this scheme. Apart from this, all pensioners who get pension of Rs 10,000 or more cannot also become beneficiaries of this scheme.