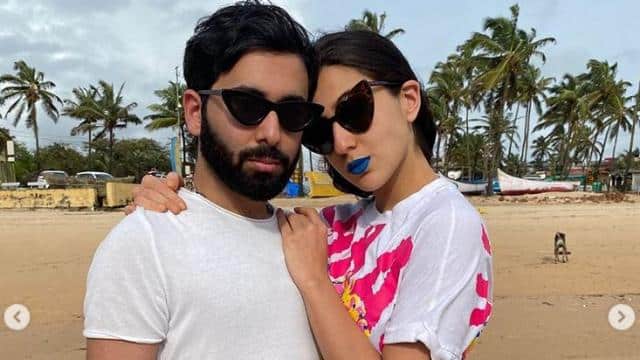 Apart from acting, Bollywood actress Sara Ali Khan is also very active on social media. She often shares her latest photos and videos with fans. Recently she has returned from Goa vacation. Are busy shooting in Mumbai. Sara Ali Khan shared some of her photos on Instagram. The specialty of these photos is the color of their lipstick. In fact, Sara Ali Khan is wearing a thick blue lipstick and posing on the beach.

Earlier, Sara Ali Khan shared a camera picture on social media. In the caption, she wrote, “Finally, I have come back to the first love of my life.” She also produced the heart and camera emoji. Sara’s post is being fiercely liked and shared.

Sushant Singh Rajput case: Subramanian Swamy said postmortem report could not tell whether it was murder or suicide

These days Sara has many films which will be released one after the other. His film Coolie is ready to be number 1. According to the report, the makers planned to release the trailer of the film in late March or early April this year but the event was postponed due to Corona. It is now discussed that the film may be released on the OTT platform.

Apart from this, Sara has also signed Anand L Rai’s film Atrangi Re. In this, she will be seen in the lead role with Akshay Kumar and South’s superstar Dhanush.