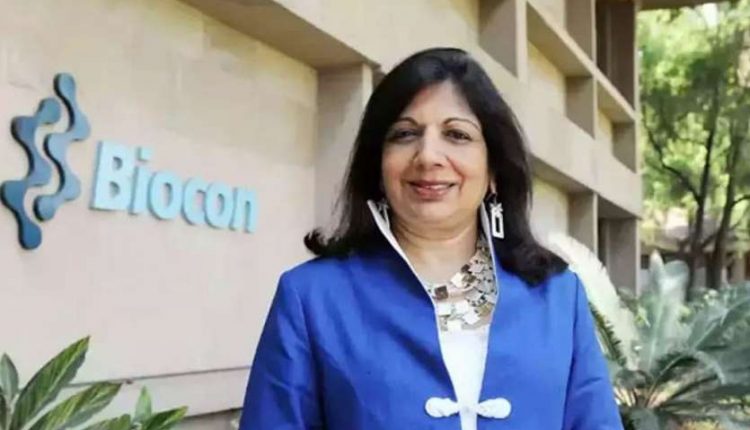 The company’s revenue in the fourth quarter of this year has been Rs 2,044 crore as compared to Rs 1,621 crore in the same period last year. The company said that due to the second wave of the Kovid-19 pandemic and the uncertainty of ongoing investment in R&D and capex, the board of directors declined to declare a dividend for FY 2021.

Increase in revenue
Commenting on the company’s results, Biocon executive chairman Kiran Mazumdar Shaw said the company’s revenue grew by 26 per cent in the fourth quarter of FY 2021. He said that on a full year basis, the company has grown revenue by 14% under the leadership of Biosimilar. Research services grew by 9 percent and generics by 6 percent. EBITDA for FY2021 was 1,907 crore and core EBITDA margin stood at 33 percent.

New CFO appointed in the company
The board has appointed Indranil Sen as CFO in place of Anupam Jindal, who resigned as Chief Financial Officer of Biocon Limited for personal reasons. Indranil was previously the Vice President of Finance at Biocon Limited and since joining Biocon in 2014 has held various key leadership roles in the finance function.

Gold Silver Price Today: Gold Price Declines – Increase In Silver, Know What Is The Price In Your City

RIL Saudi Aramco Deal up 6% in Reliance shares this week