Petrol price in Mumbai is highest, in these states the price reaches up to Rs. 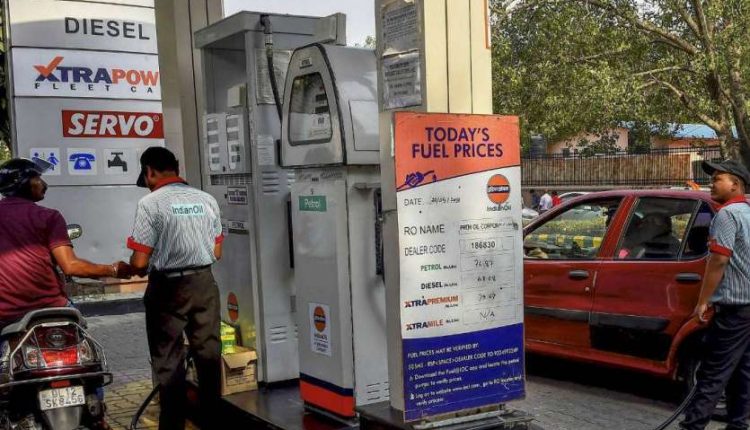 sales down by a third

According to experts, due to the heavy tax imposed on fuels, the prices of petrol and diesel are increasing continuously in the country. We are the third largest country in the world as an importer of crude oil during the Corona epidemic. However, in the month of May, the sales of petrol and diesel were one-third less than the pre-virus in 2019. The reason for this was the lockdown imposed in different parts of the country.

Fuel prices in India have been witnessing a steep hike since the beginning of last month. State-run oil marketing companies have changed the rates of petrol and diesel at least 28 times in the last seven weeks.

Petrol being sold in these states at a price of more than Rs.

In eight states and union territories- Rajasthan, Madhya Pradesh, Maharashtra, Andhra Pradesh, Telangana, Karnataka, Jammu and Kashmir and Ladakh, petrol is being sold at more than Rs 100 per liter. In metro cities Mumbai, Hyderabad and Bangalore, petrol has reached more than Rs 100.

Highest price of petrol in Mumbai

The central government and states levy various taxes like excise duty and value added tax (VAT) on petrol and diesel. Due to this the prices are increasing. Central and state taxes make up 60 per cent of the retail sale price of petrol and 54 per cent of diesel.