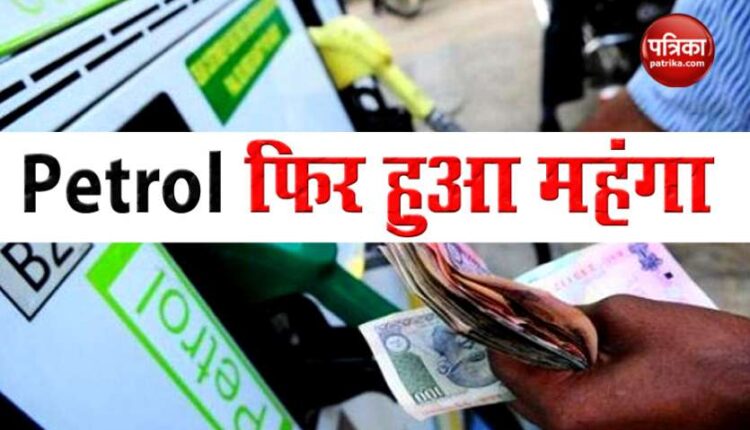 new Delhi. Petrol Diesel Price Today: In all four metros of the country price of petrol Petrol Price Hike continues. Talking for ten consecutive days, except August 19, there is a steady increase from August 16. Due to which petrol has become expensive up to one and a quarter rupees per liter. According to information received from the IOCL, petrol price today has seen an increase of 11 paise per liter in all the four metros of the country. whereas Diesel price (Diesel Price Today) continues to be stable. According to experts, there may be a further increase in the price of petrol in the coming days.

Also read: Mark Zuckerberg had already expressed concern about Tiktok in the US

Also read: After ICICI, government banks like SBI, PNB, UBI BOB will also sell their shares, know what is the whole matter

When Mahesh Bhatt said – You can never make a full stop on true love, watch the throwback video