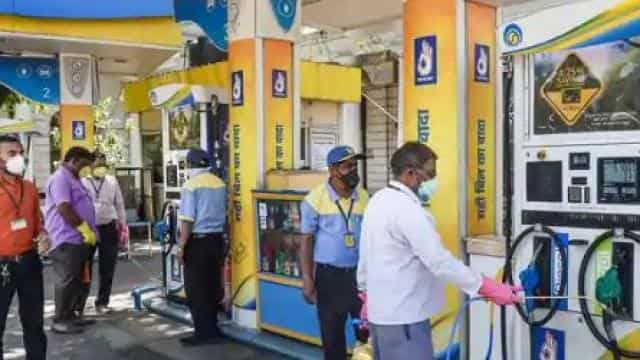 The Delhi Petrol Dealers Association demanded withdrawal of the increase in value-added tax (VAT) on petroleum products, saying diesel sales fell by 79 percent in May. According to the association, 1.73 crore liters of diesel were sold in May this year, while eight crore liters of diesel were sold in Delhi in the same month last year. In a letter to Delhi Chief Minister Arvind Kejriwal, the organization said that the price disparity due to VAT with neighboring states like Uttar Pradesh and Haryana is having an impact on the sale of petrol pumps. On May 5, the Delhi government had increased the Value Added Tax (VAT) on petrol and diesel to 30 percent.

Anil Bijlani, president of the organization, said, “Diesel sales fell by 84 percent in April. Diesel sales fell 79 percent in May despite restrictions being relaxed. Former president of the organization Nischal Singhania said that the primary reason for the minimum reduction in diesel sales is the huge difference of about Rs 7 per liter with neighboring states. As a result, Delhi is losing both sales and revenue. Singhania said that Delhi is incurring a revenue loss of Rs 58 crore per month due to higher taxes.

Also read: Petrol-diesel can be expensive, this state government can increase VAT, know the rate of your city

The organization said that the price of diesel in Delhi was Rs 69.39 per liter on June 4, while in Haryana and Uttar Pradesh it was Rs 62.68 per liter and Rs 63.45 per liter respectively. In Punjab it was 63.30 rupees per liter. The organization said in the letter that the reduction in VAT rates will also provide relief to the common citizens of Delhi, as the increase in diesel prices affects all commodities.

Comedian Balraj Syal extends his hand to help the artists, TV actors are getting cash, they are unable to pay the house and car EMI