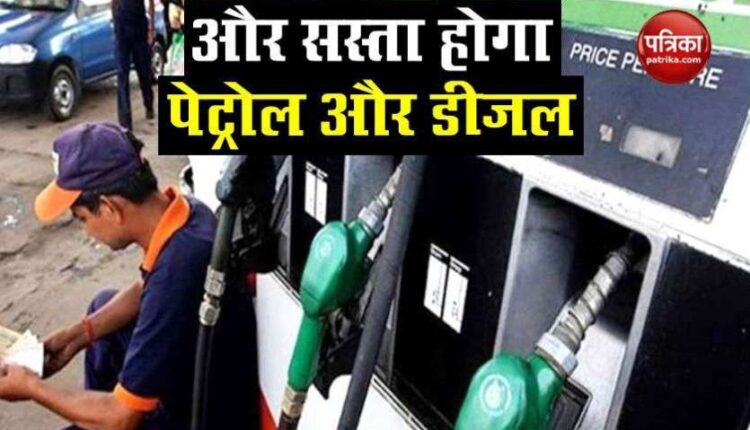 new Delhi. Even though the price of Petrol and Diesel in the country (Petrol Diesel Price Today) is getting cut except for a day or two, but the situation that is being created in the international market, it seems that in the coming days, petrol And the pressure of diesel can be seen further. According to experts, the price of petrol and diesel may fall by two to three rupees in the coming days. This is due to the steep fall in the price of crude oil in the international market. Not even a fortnight has passed in September and the price of crude oil has fallen by 14%. Let us tell you that the oil companies did not make any changes on Sunday.

Crude oil price falls drastically
Benchmark crude oil Brent crude closed below $ 40 per barrel in the international market and US crude WTI also closed at $ 37 per barrel. Crude oil prices have declined by more than six dollars per barrel during the last two weeks, which has seen a 14 percent decline in the month of September. According to experts, this decline may be seen further in the coming days.

This has become the price of crude oil
Brent crude’s November delivery contract on the international futures market Inter Continental Exchange (ICE) closed at $ 39.80 a barrel, down 0.65 percent from the previous session on Friday. At the same time, West Texas Intermediate (WTI) October delivery futures contract on the New York Mercantile Exchange (NIMAX) closed at $ 37.38 a barrel, up 0.21 percent over the previous session.