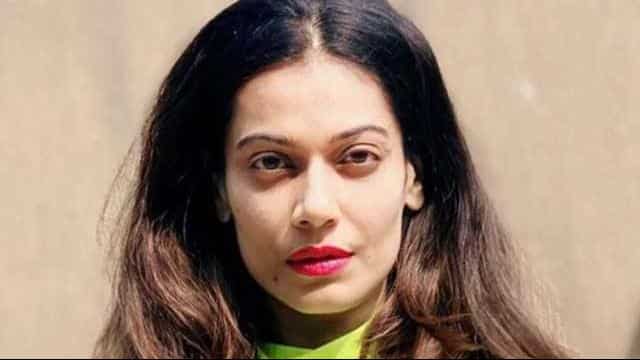 The controversy has arisen over a tweet by Bollywood actress Payal Rohatgi. It is reported that the Twitter account of the actress has been suspended for 7 days.

Payal had commented on Safura Zargar, MPhil student of Jamia Millia Islamia arrested in Delhi Anti CAA violence case, after which people started trolling the actress. His Twitter account has been blocked for a week due to the ruckus on social media. However, after the action on the actress, #ISupportPayalRohatgi has started trending top on Twitter. Many users have come out in support of him and around 10,000 tweets have been done. Fans are demanding that their account be repaired.

Let me tell you that Bollywood actress Payal Rohatgi, who is very active on Twitter and expresses her opinion on things related to society. For this reason Payal Rohatgi is always targeted for his statements. Earlier, Payal’s Facebook account has also been suspended 2 months ago.

PHOTOS: Shahid Kapoor and Meera Rajput’s house is worth 30 crores, for romantic sunsets and family fun

Ram Ram ji 🙏 Thank U everyone who supported me. I have never tried to break law or comeon streets to create riots. Yet I get targeted on this platform. A kutiya was named #Savitri in Webseries but that was OK 4 liberals🤨 But when I addressed them with Same they became mad 😜 pic.twitter.com/bc7LOCqzu4

As per Spotboy’s report, a complaint has been lodged against Payal’s controversial tweet at Mumbai’s Amboli police station. Advocate Ali Kashif Khan, who has lodged these complaints against him, says that he has hurt the sentiments of the Muslim community and at the same time is inciting Hindus against Muslims.

I strongly support this trend and hope you too #ISupportPayalRohatgi for ..

#ISupportPayalRohatgi
What Wrong Did Payal Rohatgi Said? She is exposing all the lies of Congress Govt in Past only so whats your problem @Twitter The