Paresh Rawal’s wife, former Miss India, both married in the temple, took 7 rounds under the tree 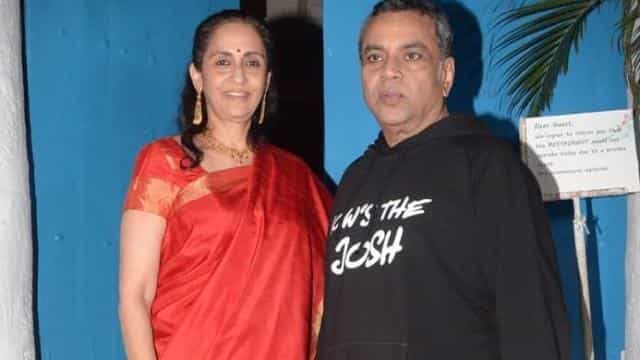 Bollywood veteran actor Paresh Rawal is known for his outstanding performance. He has made a special place in the hearts of people by playing different types of characters. Today is a special day for Paresh Rawal as he was born in Mumbai on May 30, 1950 in a Gujarati family. Paresh was wandering to become an engineer after completing his studies, but when Life had planned to make something else, he became an actor. Paresh is married to former Miss India Swaroop Sampat. Very few people know that he married his wife in a very simple way.

During an interview, Paresh had said, “Swaroop’s father was a producer of Indian National Theater. I went to see a Bengali drama with my friends and saw Swaroop there. I told my friend that this girl will become my wife. He asked, do you know whose daughter it is? I said that my wife will become a bus. ”

Deepika Chikhaliya shares a wedding photo, asks fans- would you ever like to know how I met my husband?

After reaching home, a person shared the emotional video of his mother, Sonu Sood said – I have no words

With this, both of them started moving forward. Swaroop first saw Paresh performing on stage and she became his fan. Once Swaroop asked Paresh who are you? You are acting very well. After this, the two became friends and the two fell in love with each other. Paresh and Swaroop were married at the Laxminarayan Temple in Mumbai. There was no mandap and around 9 pandits were reciting mantras. Instead of the pavilion, they took seven rounds under a big tree.

Good news amid Corona crisis, Hyundai exports 5,000 vehicles in May