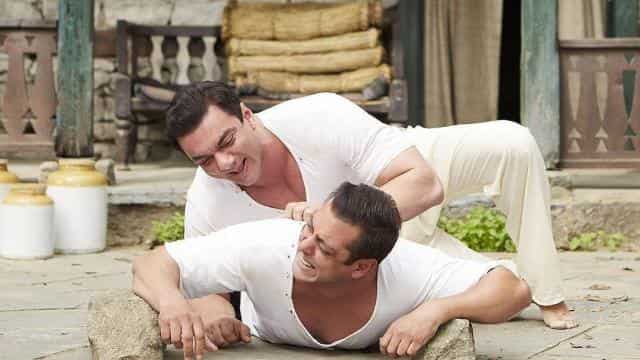 Superstar Salman Khan is spending time with his family at the farmhouse in Panvel these days. Apart from films, he is also in discussion about his bonding with family. Meanwhile, a video of him is going viral, in which Sohail Khan is telling how he was beaten up by some people outside his building once. In such a situation, Salman Khan had to come to the rescue to save his brother Sohail.

Actually, this video is from The Kapil Sharma Show, in which Salman Khan, along with brother Sohail Khan and Arbaaz Khan arrived. During this, Kapil asked Sohail, have you ever had a fight in school? In response, Sohail stated that there was a fight in the bandstand once, not at school.

He said, “When I was coming back from the bandstand, at that time a fan was standing under the house and abusing me. There are some fans who are abusive for attention. At that time, I thought that there is only one person, I get screwed. When I asked him why he was abusing? So 5-6 people arrived there. They were all in groups. After that they opened the door and hit me a lot. They were killing me outside my building. Then after that Salman Bhai came and the matter was resolved.

After this, Salman Khan says he was quite daring. He had beaten quite a lot from there. Salman said, I remember that he hit me with a stick on my back. Along with this, he also acted in the show and told how his reaction was during the fight when someone hit his back with a stick.