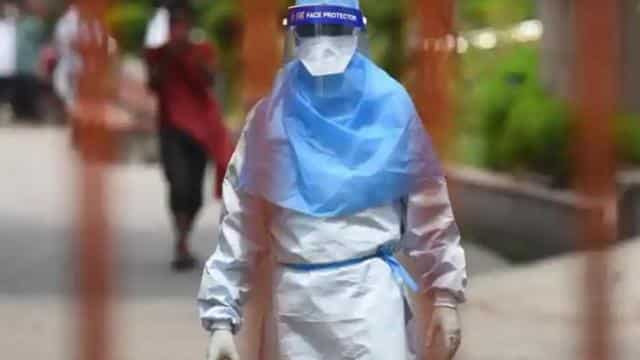 India has become the world’s second largest producer of personal protective apparel (PPE) within a short span of two months. The government informed about this on Thursday. China is the largest manufacturer of PPE. The Ministry of Textiles said in a statement that it has taken several steps to improve both the quality and quantity of PPE. This is the reason why India has become the second largest manufacturer of PPE in less than two months. Now India is behind only China in this matter.

Also read: Khadi masks will be sold worldwide including Dubai, USA, Mauritius, available in different colors for men and women.

The statement said that the ministry has also taken steps to ensure that only certified companies in the entire supply chain supply PPE. Now the Textiles Committee, Mumbai will also test and certify the necessary PPE for health workers and other Kovid-19 warriors.

Explain that the number of corona virus patients in the country has increased very fast in the last few days. More than five thousand patients are getting positive daily for several days. According to Health Ministry data, 1,12,359 corona virus patients have been found in the country so far. Out of this, 3435 people have died. At the same time, 5609 patients have been found in the last 24 hours. The number of corona patients in Delhi has reached 11659, of which 194 have died. Talking about corona patients in the world, it has reached 51,38,992. So far 3,31,696 people have died. Out of this, over 20 lakh people have been cured.

Khadi masks will be sold worldwide including Dubai, America, Mauritius, available in different colors for men and women