Only two days left to link PAN to Aadhaar, otherwise a fine of Rs 1,000 has to be paid 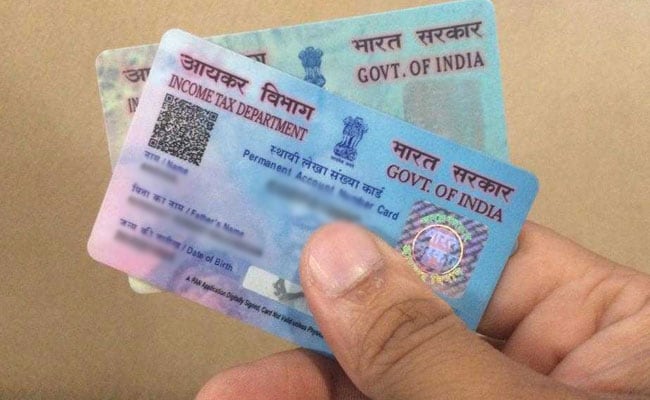 If you have not yet linked your PAN (Permanent Account Number) to your Aadhaar (Aadhaar), then you now have only two days to do so, that is, till March 31, 2021, and if Your till date PAN If your Aadhaar is not linked, then you will have to pay a fine of up to Rs 1,000.

Earlier, the Central Government has extended the period for linking PAN with Aadhaar many times, but now the provision for imposing penalty has been brought in the event of this not happening. At the same time, the cardholder’s PAN will also be declared invalid.

Significantly, last Tuesday (March 23, 2021) in the Lok Sabha Finance Bill, 2021 It was passed, in which a new provision has been made under the Income Tax Act, 1961, under new section 234H, that in case the Aadhaar is not linked with PAN, any person can now face a fine of up to Rs 1,000. Apart from this, the problems caused by the person’s PAN being declared illegal, so different.

Keep in mind, Section 139AA (2) of the Income Tax states that every person, who had a PAN card on July 1, 2017, or was eligible to get an Aadhaar card, will have to link the PAN to Aadhaar. At the same time, those who have an Aadhaar card, it is mandatory to give their Aadhaar number to the tax authorities in their return file and PAN allotment form.

Pan-Aadhaar Link get it done by 31st March, otherwise it will be useless, this way the status will be checked