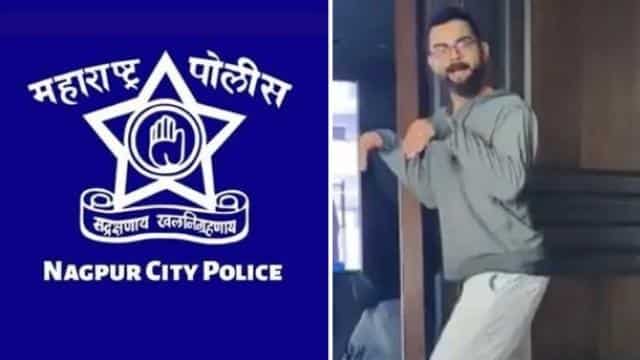 Anushka Sharma recently shared a video of Virat Kohli that went viral on social media so much that even the Nagpur Police commented on it. Actually, in the video Anushka shared, Virat is entering the house as a dinosaur. During this time, he has raised both his hands like a dinosaur. He pauses once while entering the room and looking at the camera also makes a dinosaur sound and then moves on.

Anushka shared this video and wrote, ‘I saw a dinosaur moving freely.’

Should we ask @MahaForest Dept to send a rescue team? https://t.co/gQ6IwmUWoa

This video of Virat has been commented by fans as well as Bollywood celebs and many cricketers. Not only this, the Nagpur police also did not stop to comment on this video. He wrote on the video, ‘Send what to the forest department team’.

In lockdown, Taapsee Pannu did photoshoot in her washroom for magazine photoshoot

Anushka did not propose before marriage …

Recently, during a live chat with Sunil Chhetri, Virat revealed why he did not propose to Anushka. Virat believes that when you live your life and love, there is no special day nor Valentine’s Day. Every day is special for you. He said, ‘We never felt the need to do this. We both knew that we would marry each other. There was never any doubt in this thing, so when we came to know this, everything went smoothly. We were both very excited to start life with each other. After this, everything became natural.