On the Sushant Singh Rajput case, Shekhar Suman targeted the Bollywood industry, said – Do not sit in fear, justify it 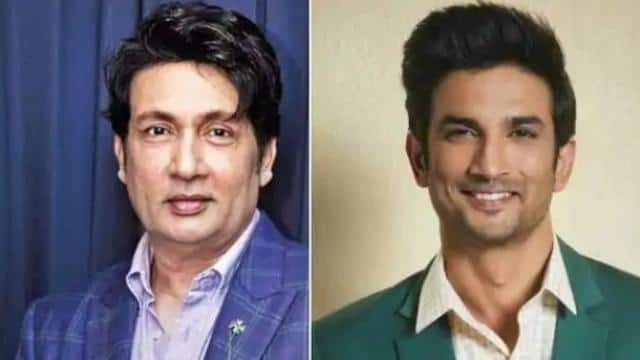 Since the death of Sushant Singh Rajput, Shekhar Suman has been repeatedly demanding a CBI inquiry. Now recently, Shekhar has targeted the film industry. Shekhar tweeted, “Why are the people of the film industry silent, who are these words sitting, who are these people?” Just because what was left wasn’t your brother, your brother or son was not. Proceed to Sushant, raise your voice. Don’t sit like this, justify him.

Shekhar then tweeted another, our focus is only Sushant. No news or issue can distract us from the road. Our hard work will bring justice to Sushant and there will be a CBI inquiry into the matter.

Our focus remains Sushant and only https://t.co/7GdwxOnEXS news, no incident will distract us from us our path.Our focus and determination is to get justice for him and a #cbiforsushant and justice we will get for him no matter what.#MahaGovtCBIForSushant

On the morning of 14th july lets all light a diya, a candle and have a silent prayer on our lips for Sushant Singh Rajput who lit our lives with his presence n postivity in this world and shall remain in our hearts forever.❤❤#justiceforSushantforum

Earlier, Shekhar tweeted on the matter, ‘I don’t understand why the government is not taking any step on Sushant’s suicide case. We are just seeking a correct inquiry. Are we asking for anything more? ‘

Explain that in the Sushant case, Mumbai Police is investigating every aspect. Whatever is suspected, the police is sending him summons and calling him for questioning. Now the updated news of this case is that in order to get to the bottom of this case, the police has captured the CCTV recording of Sushant’s building.

Amitabh Bachchan tweeted from hospital, said- Your love has removed the darkness of my loneliness

Vikas Gupta tweeted something like this, users asked- Are taunts killing Parth?