On the Sushant Singh Rajput case, now Shekhar Suman said – We are also adamant, stand up to the last breath 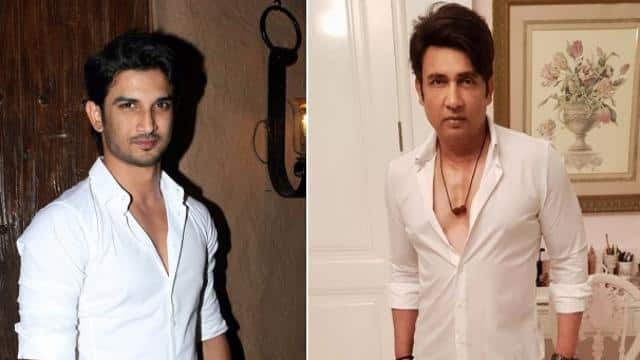 Shekhar Suman is very active on Sushant Singh Rajput case. He is repeatedly demanding a CBI inquiry. Apart from this, he keeps tweeting on the matter on social media as well. Now recently Shekhar tweeted again, ‘Every morning we wake up in the hope that our voice will have reached their ears, but it does not happen. We too are adamant, standing as long as we have breath ‘.

Every morning we rise in the hope that our
Voice must have reached their ears
But this does not happen.
We are also adamant
Stand as long as there is breath#CBIEnquiryForSSR #justiceforSushantforum

On Thursday, Riya Chakraborty demanded a CBI inquiry from Home Minister Amit Shah on the Sushant case. Shekhar Suman has been happy with this post of Riya. He said while talking to Times Now on this matter, this is very good news. It is good that people associated with Sushant are coming forward. This will strengthen our case and we will definitely reach our path.

Shekhar also tweeted about it and wrote, Finaly Riya came forward. Right slowly, but now we are getting positive sign.

What did Riya say to Home Minister Amit Shah

Riya shared a photo of Sushant and wrote, ‘Respected Amit Shah sir, I have been more than a month since his sudden demise, Riya Chakraborty, the girlfriend of Sushant Singh Rajput. I have full faith in the government, though I appeal to you with folded hands for justice that there should be a CBI inquiry into the matter. I just want to understand what pressure Sushant was under that he decided to take this step. Satyameva Jayate’.

Respected @AmitShah sir,
Rising sushants Singh Rajputs girlfriend Rhea chakraborty, it is now over a month since his sudden demise
I have complete faith in the government, however in the interest of justice, I request you with folded hands to initiate a CBI inquiry..part 1 ..

Part 2 .. I request you with folded hands to initiate a CBI inquiry into this matter. I only want to understand what pressures, prompted Sushant to take this step.
Yours sincerely #satyamevajayate @AmitShah sir