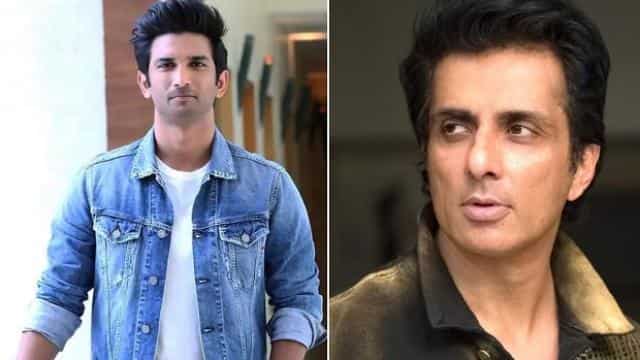 Since the death of Sushant Singh Rajput, there is a debate on nepotism on social media. Not only this, after Sushant’s death, people are also targeting some actors. When Sonu was talked about it now, he said, ‘For a few days now people will talk about it and a few days later they will talk about some other topic. Then a new outsider will come on to become an actor in the industry and will struggle for films.

Regarding the allegations leveled against nepotism and some celebs, Sonu said, ‘It is not fair to blame some special people, big stars or star kids for Sushant’s demise. There are many big people in the industry who have given life to many people in this industry. As far as the matter of fact is concerned, you should respect someone and let the time decide whether it is right or not ‘.

The family is in bad shape after Sushant’s death

Sushant’s friend Sandeep Singh says that the actor’s family members have still not recovered from the grief of his death. According to Singh, he has been a friend of Sushant for a long time. Singh said, ‘A father has lost his son and a sister has lost her brother. I don’t think they would have been able to overcome the fact that Sushant is not in our midst. They still do not talk much. Still weeping and still in pain. They are completely shattered ‘.

Nana Patekar reached his house to pay tribute to Sushant, told the media – I do not understand what you are asking

Singh, who took the remains of the actor kept in Cooper Hospital for the postmortem, further said, ‘When we went there we saw a lot of police at his house and it was very difficult for us to see everything. When we saw Sushant, we came to believe that it is indeed him and that everything has happened. ‘