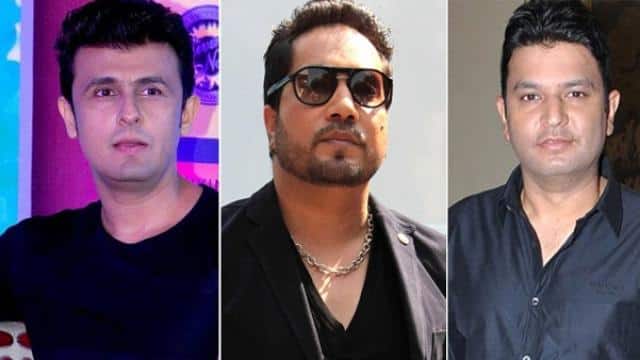 Sonu Nigam shared his video a few days ago about nepotism in the music industry. Along with this, he had accused Bhushan Kumar that he is giving opportunity to only a few singers and does not give a chance to new and outsiders. Now Micah Singh has given his reaction on Sonu’s statement.

Micah said, ‘Sonu Nigam said that they are not getting songs, but there are many new singers who have got a lot of popularity in this industry. There are singers like Arijit Singh, Armaan Jain and B Prak who have got recognition in this industry. Not only this, there are many singers from Punjab who are doing a good job here. Now B Prak is not the son of the aunt of anyone in the industry. Many people are working here and Bhushan Kumar has given them a break. Music labels can only give you a break, after that what will happen to the song, whether the singer will be a hit or not, has nothing to do with the label.

Saif Ali Khan said – I too became a victim of nepotism, mimes viral on social media

Kareena Kapoor said- I have no regrets for rejecting films

Micah further said, ‘Sonu Nigam should not give the wrong message to the world that Bollywood is being run by mafia people. We have gained a lot from this industry. Bollywood’s top actresses Deepika Padukone, Katrina Kaif and Anushka Sharma were all outsiders. The only difference is that some people get success and some do not. Everyone should get a break and after that it all depends on your talent ‘.

Micah further said, ‘I have seen many singers who become popular as soon as they come, but then disappear after some time, but singers like Udit Narayan, Kumar Sanu and Sonu Nigam have been working in this industry for many years. Huh. So we should respect this industry ‘.