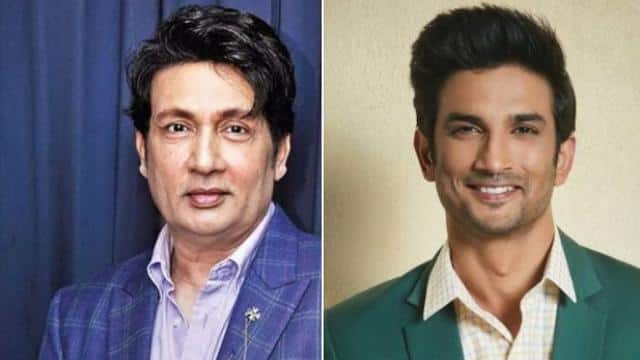 Shekhar Suman is repeatedly demanding a CBI inquiry after Sushant Singh Rajput’s suicide. Now Shekhar tweeted again on Tuesday. He wrote, I do not understand why the government is not taking any step on Sushant’s suicide case. We are just seeking a correct inquiry. Are we asking for anything more?

I don’t see any reason why the Govt of India should not respond to millions of hearts bleeding for Sushant. All we are asking for is a fair investigation. Are we asking for too much? Have a heart#CBIEnquiryForSSR #Justiceforsushantforum#BreakTheSilenceForSSR

After this, in another tweet, Shekhar wrote, this is a very heartbreaking thing. No family support, no political support. 3 weeks have passed, but we have still kept Sushant alive in our hearts.

This is so disheartening, there is no family support, no political support. Things are not conducive around us and yet even after 3 weeks we have kept Sushant alive and will keep doing so.This perhaps makes it the biggest movement so far.#justiceforSushantforum

It has been three weeks since Sushant’s death, but it is not yet clear why Sushant committed suicide. The Mumbai Police is investigating every aspect and has so far recorded statements of more than 30 people in the case. Whoever is suspected, the police is sending him summons and calling him for questioning. Now the updated news of this case is that in order to get to the bottom of this case, the police has captured the CCTV recording of Sushant’s building.

Sushant Singh Rajput looks like this man, fans are shocked to see photos

According to the tweet by news agency ANI, the CCTV recording of the building where Sushant Singh Rajput lived has been taken over by the police, there was no CCTV installed on his house. Mumbai Police Abhishek Trimukhe DCP (Zone IX) said that the police are now awaiting the forensic report.